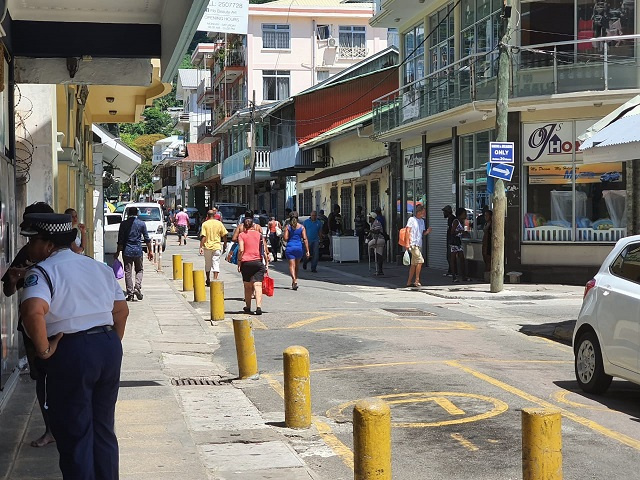 The prohibition order is for the public and the Department of Health is asking people to respect it. (Daniel Laurence, Seychelles News Agency)

(Seychelles News Agency) - The public must respect the prohibition orders put in place in Seychelles to break the chain of transmission of COVID-19, a health official said Thursday, while police officers are set to increase checkpoints to ensure stay-at-home orders are followed.

"The prohibition order is for the public and we are asking them to respect it. If we do not do so, we will start having cases. If we do it right, by the end of April to the start of May, we will be able to go back to normal. The more people do not cooperate, the longer it will take to go back to normal," said Jude Gedeon, the Public Health Commissioner.

A prohibition order on the movement of people in Seychelles, an archipelago in the western Indian Ocean, came into force on Wednesday at midnight for 21 days, with exceptions for workers in essential services.

The order came after a 26-year-old Seychellois man who works as a ground handling staff at the Seychelles' international airport tested positive for the virus on Monday, bringing the nation's total cases to 11.

He added that following contact tracing people who the public health authority has identified as having been in contact with the latest victim have been placed under quarantine.

"They haven't started showing symptoms and hence cannot transmit the virus should they have been infected. Should they start having symptoms, we have them under our care. We do hope that we have quarantined all the people he has had contact with," explained Gedeon.

On the first day of the order, it was noticed that the people were leaving their homes without valid reasons.

In a separate press conference on Thursday, the Attorney General, Frank Ally, said that "the police will intensify its checkpoints to make sure that people do not flout the order."

"If anyone openly disregards the orders they can be arrested and brought before the court. Should someone misrepresent the reason they are on the road they can be prosecuted," said Ally.

He added that during a meeting with the police force, he outlined that it is necessary for the officers to remain calm and prevent provocations, however, "there might come a point where the police will have to take physical measures, arrest people or use teargas should there be a need."