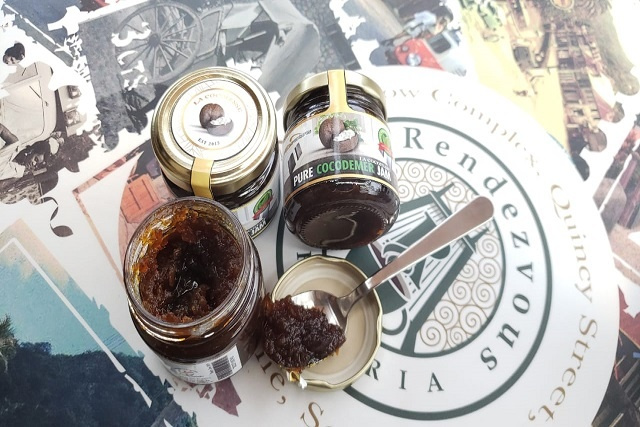 The cabinet of ministers in Seychelles has endorsed a new regulation for the processing, trade and exportation of the unprocessed coco de mer kernel.  The endorsement comes after the cabinet approved the repeal of the Coco De Mer (Restriction on the Processing, Trade and Export of the unprocessed kernel of Mature Nut) Regulations of 2019.
The director-general for biodiversity conservation and management at the Ministry for Environment, Marie-May Muzungaile, told SNA on Tuesday, that the new regulation takes into consideration all aspect of the new processing industry.
“Whilst to some extent the processing, trade and exportation of the coco de mer were covered under some provisions of the coco de mer management decree there was the need to regulate the industry as a whole as this was being done only administratively,” explained Muzungaille.
In 2017, the head of state – Danny Faure - announced a complete ban on the exportation of unprocessed coco de mer kernel and that only processed products will be exported.
After that, the Ministry for Energy, Environment, and Climate Change launched an expression of interest for people who were interested to join the new processing industry. Four license operators were given contracts which have been extended to cover the period that the regulation was being finalized.
“We were on a trial run to see what were the different things that needed to be regulated in a proper system, for the processing, trading and exportation of the coco de mer kernel. So we used the first round to work on the regulation,” explained the director-general.
In a previous interview, Muzungaille had said “we had to relook at the old coco de mer policy. We had to add not only on the kernel but we had to add more on the coco de mer itself. Looking more into the research aspects. Aspects of value addition, more value to a national resource. We also had to put a lot of effort into replanting of the species to ensure its sustainability.”
Following a lengthy process of national consultation, the Coco De Mer Regulations 2019 was officially gazette and tabled in the National Assembly in October last year. Whilst the overall merit of this regulation was not questioned, the National assembly had some concerns over certain clauses that they felt were lacking in the regulations.
“Their main concerns were around the composition and roles of the selection and appeals committees that will be created under this regulation. The National Assembly, therefore, voted to quash the regulations and requested that the Ministry repeals the regulations and make the necessary amendments,” a release from environment department said.
Now that the cabinet has approved the regulations, the Attorney General’s office will incorporate the changes to the regulations and publish it once again in the official gazette. Once completed the Ministry will then launch a new expression of interest for candidates interested to trade and export value-added products made from the coco de mer kernel.
The coco de mer is the world’s largest nut and is endemic to Curieuse and Praslin, two islands of the Seychelles archipelago - 115 islands in the western Indian Ocean.
General » Be a reporter: Write and send your article » Subscribe for news alert
Tags: National Assembly, Attorney General, regulation, coco de mer kernel, coco de mer