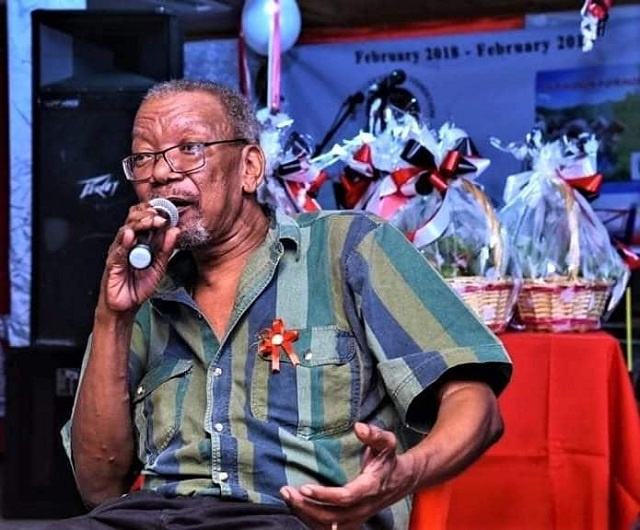 Ally, 62 passed away at the Seychelles Hospital on Tuesday. Ally played several instruments among which saxophone was his favourite. (National Arts Council)

(Seychelles News Agency) - The island nation is mourning the passing of Giovanni Ally, a talented musician, poet, and herbalist who has been described as having a deep passion for the arts and as a true Creole son for his love for Seychelles’ culture and folklore.

Ally, 62 passed away at the Seychelles Hospital on Tuesday. Ally played several instruments among which saxophone was his favourite. Ally also loved poetry and singing and had composed several songs and collaborated with other artists on albums.

A childhood friend, David Andre, told SNA on Wednesday that their friendship grew in the 1970s when they both got a scholarship to study in the south of France.

“We shared so many good memories; he was full of life and loved anything art, culinary, poetry, music and photography. Our best time though was performing every month in a small Seychellois restaurant in Paris called Coco de Mer owned by Seychellois Mr Frichot,” said Andre.

Jerris Souris who met Ally through family friends in 1976 also studied in France and lived in the same apartment building with Ally.

“For a year Giovanni studied classic ballet and we all teased him senselessly, about his ballet outfit and wearing the tutu, which did not bother him at all,” said Souris, who adds that Ally was always a jovial person with a big heart.

According to Souris, Ally had a deep attachment to his Creole roots and was not afraid to show it, and this was mostly during the annual Creole Festival.

“After participating for several years in the competition, Ally was invited to become a member of the jury, and it was there that he befriended Manu Dibango,” said Souris.

Dibango, a well-known musician and saxophonist, was from Cameroun but lived for many years in France. Dibango passed away last month from COVOD-19.

Upon his return to the Seychelles – 115 islands in the western Indian Ocean – Ally, along with Andre, Souris and other colleagues are credited as having started programmes which led to the setting up of the school of music.

Ally also played in the National Brass Band and as he was a talented saxophone player could play all three types of this instrument.

It was there that Michel Pharabeau met Ally who he said apart from his love for the arts had another passion for the plants. “He loved plants and his favourite was the cactus. He grew different varieties of cactus and each year he took part in the national horticultural show,” said Pharabeau.

Pharabeau said that Ally as a herbalist did a lot of research and would also link with other herbalists from the region as well as from the Caribbean.

A fellow member of the association which regroups local herbalists, Rachel Joseph told SNA that Ally took his role very seriously. “He was always very active and I remember right at the beginning when we started to educate people on superstition and herbalism, Giovanni took an active and important role.”

SNA contacted Jean Yves Ally, one of Ally’s five children. Jean Yves who followed in his father’s footstep as a musician goes by his stage name Molo.

“Yes, my father has influenced me as I have a passion for music. I sing and also recently started to play the keyboard,” said Molo, adding that his father was never sick and always used plants to treat his ailments.

“But he started to get sick earlier this year, after the death of Marcel, who was one of his close friends.” Marcel Rosalie another culture lover and fellow herbalist died in December last year.

Giovanni Ally was laid to rest in the Mont Fleuri cemetery on Thursday. He is survived by his mother, a brother and five children.

A second loss for Seychellois literature on Tuesday was the passing of Edwin Henriette, a writer and poet. Henriette, 59, worked in the army and police force for 21 years as an explosive specialist but is better known for his literary works, mainly poems which over the years earned him several awards.

During the last 40 years, Henriette undertook researches on the Seychellois Creole tradition, including proverbs, imaginary expressions and stories.