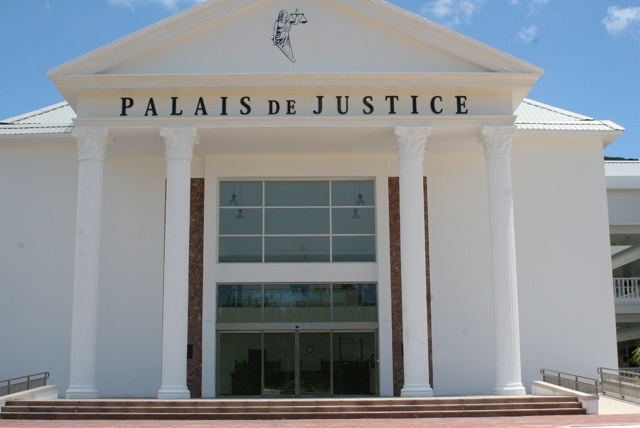 The men, ages 33, 31 and 26, committed the offences between 2012 and 2019. The judgement in the case was handed down on Friday at the Supreme Court. (Seychelles News Agency)

(Seychelles News Agency) - Three men, including a police officer, pleaded guilty to charges stemming from the sexual abuse of 75 girls ranging in age from 12 to 18 over a period of seven years. The case, a first-of-its-kind in Seychelles in terms of scope, length and method, has resulted in shock and outrage among residents.

The men were convicted and sentenced to 25, 12 and 8 years’ imprisonment respectively on 26 sexual offence charges committed against children. They were convicted on counts including sexual assault, extortion, and possession of indecent photographs and of prohibited visual recordings.

All three pleaded guilty. The court believed that the men along with other perpetrators still at large may have abused up to 200 girls. The three men were not identified by the court; only their initials were made public.

Chief Justice Mathilda Twomey, who delivered the judgement, said that the whole case was depressing and that she was shocked at the extent of the abuse.

“I found it extremely harrowing and traumatic. I think parents should be more aware of what goes on social media platforms,” said Twomey, adding that she fears that parents are not protecting their children from online sexual predators.

According to court documents the three men used Facebook to lure and groom young girls by promising modelling jobs and money. After receiving nude pictures from the victims, the accused in turn blackmailed the victims by threatening to expose their identity if they refused to engage in sexual acts, which in some instances were filmed.

The court said the case stands as a clear example of how social media platforms can enable sexual predators to target innocent children. The institution also expressed its concern and noted the challenges for law enforcement, legislators, parents, guardians, caregivers and social services in monitoring and investigating those that target children through such platforms.

The Court also stressed the need for vigilance and caution when interacting on these platforms and to report suspicious behaviour to the authorities. The Court said the case highlights the need for specialised laws and investigating units.

After the sentencing was made public on Friday, residents expressed outrage at this incident and what was being seen as lenient sentences, especially given a police officer was among the three pleaded guilty.

A mother who did not want to reveal her identity to protect her daughter who nearly fell victim to the attackers explained that her daughter received a friend request from a woman.

“The woman was supposedly based in the UK and promised her opportunities in modelling including daily rates of $29. Fortunately, my daughter was wise enough not to send any photos,” the mother posted on social media.

Gustave Decomarmond, a father of two daughters, said that he is outraged as these criminals have gotten away with light sentences.

“Out of disappointment and frustration, I will also add that I'm very disappointed with our Supreme Court and judicial system, laws in place for dishing out such lenient, a farce and ridiculous sentences of 25 years, 12 years and 8 years to those three whose identities are so far well-protected and known only by their initials,” exclaimed Decomarmond.

Daniella Marie said that these child abusers are getting away with too little prison time. "I think that crimes like this deserve stricter punishment."

Michael Sabadin is angry as the identities of these offenders were not revealed. "Why are we protecting their identities, what protection was given to the 75 children?"

"Why are photos of people jailed for drug offences splashed all over the media, while these men who have committed such atrocities, not only them but others in the past as well, have their identities concealed, " asked Kathleen Pool a grandmother of four. "Isn't time for society to know them so that we can, in turn, keep our children safe," concluded Pool.

The Court has also ordered the Attorney General to formally report these crimes to Facebook through the complaint mechanism provided on the Facebook platform and request that any profiles used by the accused be removed.