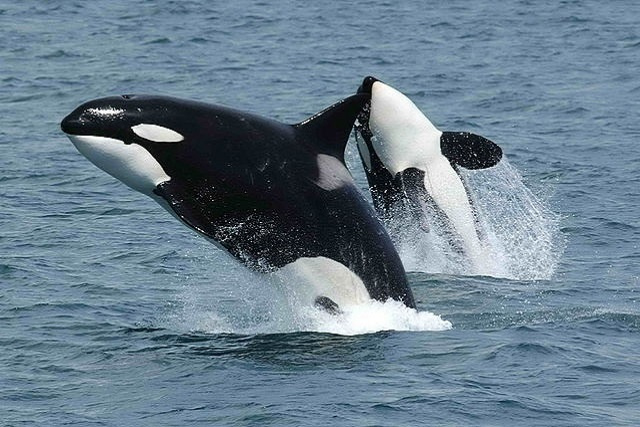 (Seychelles News Agency) - A pod of orcas -- the black and white sea animals also known as killer whales -- has been spotted off the west coast of the Seychelles' remote Alphonse island, a rare and possibly first-ever sighting.

The group's conservation officer, Gail Fordham, told SNA this is the first time the species has been observed near Alphonse island.

"Orcas have been sighted elsewhere in Seychelles before and although not a lot is known about those that inhabit tropical waters, they are an important component in the marine ecosystem," said Fordham.

According to National Geographic, orcas are the largest of the dolphins and one of the world's most powerful predators. Smart and social, orcas make a wide variety of communicative sounds, and each pod has distinctive noises that its members will recognise even at a distance. They are recognisable by their distinctive black-and-white colouring.

Elle Brighton, who was also present at the sighting, said the group was "lucky enough to get in the water whilst holding onto the boat and observe these incredible apex predators in their natural environment."

Blue Safari Seychelles will share data from the encounter with their local partner Island Conservation Society (ICS), a non-profit organisation.

"At the Island Conservation Society we are involved in the monitoring of wildlife populations, including the cetaceans that frequent the waters around the Alphonse Group," said Fordham

He added that "the unexpected pod of orcas sighting highlights how much there is still to learn about the remarkable marine life that inhabits the Indian Ocean surrounding the Alphonse Group."

Blue Safari Seychelles is a concept introduced in the island nation in 2018 which offers a first-hand discovery of Seychelles' atolls of Astove, Cosmoledo, Amirantes, and Alphonse.

Alphonse Island is a 60-minute flight from Mahe, the main island of Seychelles, an archipelago in the western Indian Ocean. Alphonse has two other atolls in its group -- St. François and Bijoutier.