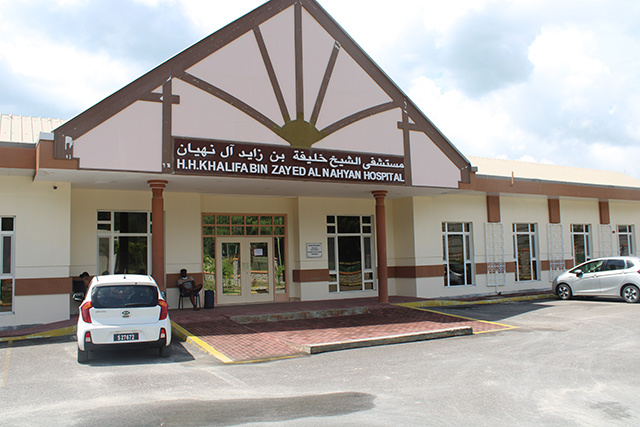 (Seychelles News Agency) - Health authorities in Seychelles have refuted allegations made by a Dutch couple about poor hygiene conditions and the wrong use of medications in treatment after they tested positive for COVID-19.

In an article published in the Dutch-based newspaper De Telegraaf on Wednesday, a Dutch couple in their 50s, Robert and Thea van der Laarse, criticised the health authorities for the treatment and care provided to them.

Thea van der Laarse is quoted as saying, "It's hell here. My husband barely survived." She also raised issues about poor hygiene conditions, "the wrong use of medications" during treatment and "questionable testing."

The chief executive of the Health Care Agency, Danny Louange, said that Robert van der Laarse, who was in a critical state when admitted, was placed in the Intensive Care Unit for specialised treatment. He is still being treated at the Family Hospital at Perseverance.

"We saved his life and he is now stable although he is still testing positive. However, his wife is cured and has been released and is free to leave our facility. But she has opted to stay at our quarantine facility at the Berjaya Beau Vallon Bay hotel," he added.

The couple travelled from the Netherlands to Seychelles on board an Emirates flight via Dubai on March 10 and tested positive for the virus on March 15 and March 17, respectively.

Louange told SNA that Seychelles was carrying out tests based on the guidelines of the World Health Organisation (WHO) and the United States Centre for Disease Control (CDC).

"Our treatments are WHO accredited and compared to some other countries, we are carrying two tests instead of one to ensure we get the correct diagnosis. These are being done under strict WHO and CDC guidelines and the 11 patients all underwent the same tests," he said.

Thea van der Laarse was quoted as saying, "Robert is very scared, I have also suffered trauma. Governments and the travel industry have responded too late to the rapidly increasing corona hazard. It is unbelievable that such risks have been taken with tourists. "

The CEO of the Health Care Agency, meanwhile, announced that all foreigners who were treated for COVID-19 in Seychelles will bear the full cost of their treatments.

These include the Dutch couple, a Mauritian and a Ukrainian national, who were among the 11 people who tested positive for COVID-19 between March 14 and April 6.

Foreigners will bear the cost of the treatment given since their admittance as well as the after-care service at the Berjaya Beau Vallon Bay, which has been turned into a quarantine facility for further observation of patients.

"This will include intensive care unit facility if they were admitted in the ICU, as well as time spent at the quarantine facility, meals, internet service, hotel room, staffing," explained Louange.

The Health Care Agency is working out the costs for the services provided and carrying out an in-depth assessment before giving the total cost per patient.

As of April 21, the local health authorities had conducted 984 tests including 294 PCR tests (polymerase chain reaction) and 690 rapid tests.

The country also placed over 200 people in quarantine since the beginning of March.

Seychelles, an archipelago in the western Indian Ocean, which offers free primary and specialised medical health care services for locals, has not recorded any deaths related to COVID-19 to date.

Eleven people tested positive for COVID-19 in Seychelles between March 14 and April 6, among which seven were Seychellois.

Six have been cured, three have been discharged while three others are still under observation at the quarantine facility at the Berjaya Beau Vallon Bay hotel.