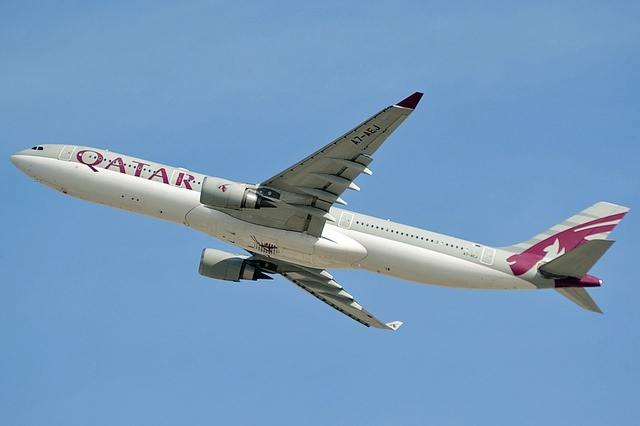 (Seychelles News Agency) - More than 100 visitors stranded in Seychelles due to the COVID-19 pandemic flew to Doha for connecting flights on board Qatar Airways on Tuesday.

The Seychelles Civil Aviation Authority (SCAA) communication officer told SNA that 110 passengers were onboard the flight.

Meanwhile, the public affairs officer of the American Embassy for Mauritius and Seychelles, Nicholas Von Mertens, told SNA that the Embassy is "aware of five U.S. citizens who took advantage of the April 28 Qatar Airways flight."

He said that the U.S. Department of State has no greater responsibility than the protection of its citizens abroad.

"We are grateful for the assistance from the Seychellois authorities and cooperation with diplomatic colleagues to facilitate this flight and help U.S. citizens return home to reunite with their families," said Von Mertens.

According to a press release from the airline, "since mid-February, Qatar Airways has helped reunite over one million passengers with their loved ones, operating a mix of scheduled and charter services plus extra sectors."

Earlier this week, President Danny Faure announced that Air Seychelles, the national carrier, is starting a series of repatriation flights for stranded foreigners.

The Russian Embassy in Seychelles is exploring this route as a solution to repatriate its citizens currently in 115-island archipelago of the western Indian Ocean.

"Air Seychelles on the advice of the Seychelles' government has also approached the Embassy with a proposal of a charter flight to one of its destinations in the Middle East, which could be used as a hub for onward repatriation flight to Russia. These options are also being considered in Moscow," said Maxim Matasov, the First Secretary at the Russian Embassy.

He said that a repatriation flight, initially proposed for last Sunday, was supposed to collect people from Mauritius, Tanzania and Seychelles, but it got called off. One of the reasons was that its original routing did not meet certain quarantine requirements set by the Seychelles health authorities.

"The Russian side, which respects the measures undertaken by the Seychelles' government to stop the spread of coronavirus, is working on a new flight scheme which would be fully compliant with all the conditions," he said.