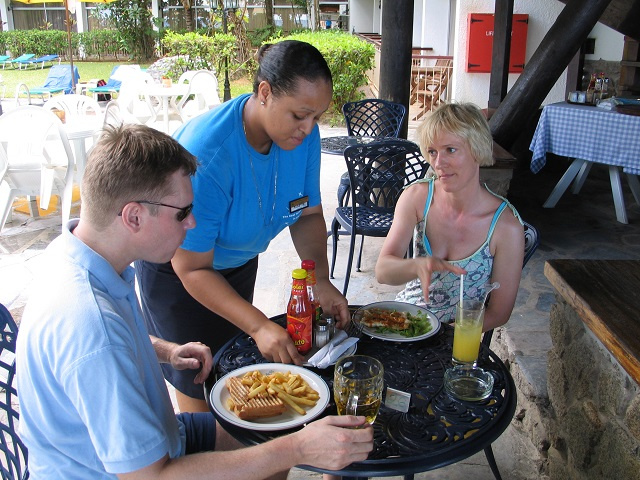 The Attorney General said that all salary deferment and reductions will have to go through a negotiation procedure and get the approval of a competent officer of the Ministry of Employment. (Joe Laurence, Seychelles News Agency)

(Seychelles News Agency) - Seychelles' unemployment rate may rise into the double digits because of the COVID-19 shutdown, and the government will amend the Employment Act of 1995 to ensure that Seychellois employees are paid until June 30, officials said Thursday.

The Principal Secretary for the Department of Employment, Jules Baker, projected that "unemployment rate will be at 9 to 10 percent in June" and depending on the number of redundancies "this number might go into double digits" past the second half of the year.

According to figures released by the National Bureau of Statistics in March, the unemployment rate for the last quarter of 2019 was 2.3 percent.

Due to the financial troubles brought about by the total halt of tourism to the island nation, Baker told a press conference that some employers were proposing a delay or a reduction in salaries for their staffs by one or two months. Employers were basing their decision on the fact that they had not yet received financial assistance from the government.

Baker said that this is a concern to employees as they also have financial commitments.

"We have made a proposition under Section 39 of the Act, which states that no employer, with or without the consent of an employee, has the right to tell an employee that their salary will defer for another month. An employer does not have the right to ask a worker to accept a salary lower than that agreed upon and signed within their contract," he said.

The Attorney General, Frank Ally, told the press conference that as of this date, all salary deferment and reductions will have to go through a negotiation procedure and get the approval of a competent officer of the Ministry of Employment.

He said that this is in line with the announcements made by President Danny Faure on March 20 that the "government will guarantee the salaries of all employees in the private sector for the months of April, May and June. A total of SCR1.2 billion has been budgeted for this intervention. The government will not approve any redundancies."

All applications for redundancy or negotiation procedures in relation to layoff among others initiated before March 20 will not be affected.

"We will also allow the redundancy of foreign workers when we open our office next week, on a case to case basis. The permission to make a Seychellois worker redundant will not be applicable until after June 30 as we do not know what the government's position will be after June 30, if they will continue to pay the salary of Seychellois workers or not," said Baker.

General » Be a reporter: Write and send your article » Subscribe for news alert
Tags: Employment Act of 1995, COVID-19, National Bureau of Statistics