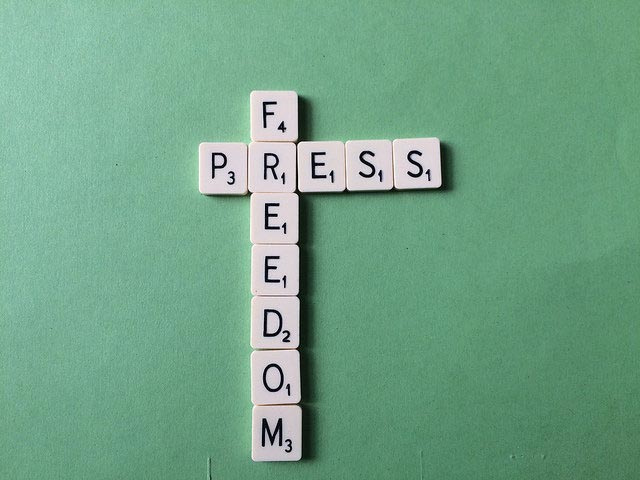 The improvement in the ranks is Seychelles' second big jump in a row. In 2018 the island nation was ranked 85th globally, before moving up to 69th place last year. (Press Freedom Scrabble (Flickr) Photo License:(CC BY 2.0)

(Seychelles News Agency) - Seychelles has again improved its ranking in the World Press Freedom Index, climbing six spots to 63rd out of 180 countries. The ranking places the island nation 11th in Africa.

The improvement in the ranks is Seychelles' second big jump in a row. In 2018 the island nation was ranked 85th globally, before moving up to 69th place last year. The rankings, released to coincide with World Press Freedom Day on May 3, are prepared by Reporters Without Borders.

The report said that “media pluralism and funding is limited by this small archipelago’s size and population. The self-censorship reflexes inherited from decades of communist single-party rule and close control of the media is gradually dissipating and giving way to a broader range of opinion and more editorial freedom”.

The index ranks 180 countries and regions according to the level of freedom available to journalists and is a snapshot of the media freedom situation based on an evaluation of pluralism, independence of the media, quality of legislative framework and safety of journalists in each country and region.

Although Seychelles – 115 islands in the western Indian Ocean – has improved its ranking, it is still categorised as ‘problematic’ in the context of Press Freedom.

Still referring to the island nation’s ranking the report stated: “The law on access to information that the National Assembly adopted in 2018 is not expected to facilitate coverage of the most sensitive issues because of its many exemptions free public officials from any obligation to provide information when national security or the country’s economic model is at stake. Although Seychelles has strict defamation laws, they have not been used for years and there are few reports of abuses against journalists.”

The report adds that “the government nonetheless maintains control of the country’s only TV channel and its two radio stations. The privately-owned media often take political sides, with the result that their reporting is very slanted. As the government seeks above all to protect the country’s image as a tourist paradise, any criticism of subjects related to this image is difficult”.

Rassin Vannier, chairperson of the association regrouping media practitioners in Seychelles – AMPS, said the ranking shows that Seychelles has made progress in freedom of expression.

“This progression can be seen in the articles which are published and which take into account the point of view of different sector of the society and actors in public life,” said Vannier, who is also the chief editor of the Seychelles News Agency.

According to Vannier “it is necessary to take into account the limited resources in Seychelles which cannot be compared to other large countries with more resources.”