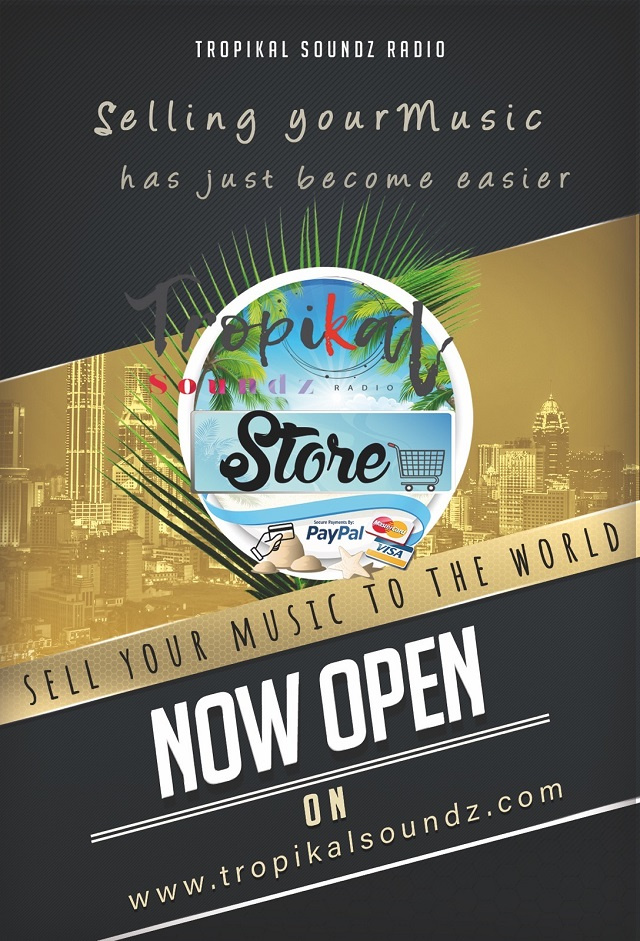 (Seychelles News Agency) - The music of Creole artists in Seychelles is more accessible globally now that an online radio station has added a store on their website, allowing people to buy album or singles from local artists.

Tropikal Soundz Music Store, which launched on May 2, is hosted on Tropikal Soundz Radio. The station, which was created by a team of enthusiastic Seychellois living in the United Kingdom, is aimed at connecting the world to Seychelles by promoting Creole music and having island beats heard around the globe.

One of the website's founders, Rudy Gendron, told SNA that as a radio station, Tropikal Soundz does not need to create a store as the radio team either purchases their music locally or artists send them a copy.

"One of the main criteria that we found for the creation of the store is that we are constantly getting requests from people all over the world to send songs played on our station to them. Leading by example with the theme "Siport Artis Lokal" (Support Local Artists), we cannot oblige," said Gendron.

"We came up with the idea of creating a store within our establishment to give our listeners and others the opportunity to purchase Creole music without going against our principles," continued Gendron.

The launch of the store is welcomed by local singer Chicco Martino, who told SNA, "This is a great opportunity for Seychellois artists as, in the past, a lot of people were interested in buying music online but it was not accessible."

"I feel this is the platform that we were waiting for all this time. We sometimes face great difficulties to make our music accessible on other online platforms. In the past, there was 'Big Vibes', which looked very promising but due to mismanagement, it wasn't successful," said Martino.

Tropikal Soundz Music Store is the third online store opened by Seychellois with the aim of selling Creole music. The two previous stores – 'Big Vibes' and 'Kreol Wave' – are no longer operational.

Ensuring clients that the store will be here for the long haul, Gendron said that the venture is not profit-driven.

"We do it for love. Plus, the cost of running the site is manageable on our side, due to the way it was put in place. The music store runs alongside our radio station," he said.

To be able to sell their songs on the website, an artist will need to sign up on the store and have a Paypal account. Once signed up, an artist will be reviewed, after which the person will be able to upload either their album or single. Songs are reviewed by the UK-based team to ensure tracks are not politically orientated or contain vulgar language.

Martino said that after registration, he uploaded his music to the website over the weekend, and now customers can buy his previous albums online.

"The way they operate is very transparent. As an artist, you can state what price you will sell your music when you upload it," Martino told SNA.

Each artist personally manages their account, reaping 82 percent of their revenue. There is a commission fee of 18 percent that goes towards the cost and maintenance of the store.

At the moment, there are over 10 artists whose tracks are available on the website. Any artist who would like to get a hands-on induction on how to use the website can contact DJ Pierro, another co-founder of Tropikal Soundz, on +2482714022.

"The team has been working day and night to make this platform possible, coinciding the launch of it with the first anniversary of the radio," said Gendron.