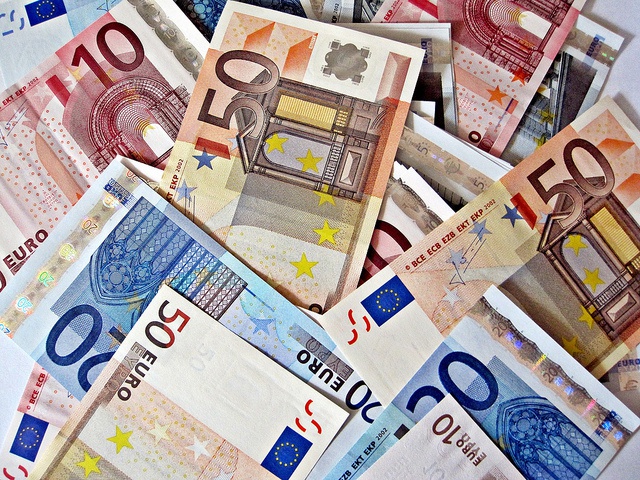 (Seychelles News Agency) - The Seychelles has become an early adopter of an agreement launched by the G5 group of countries – the United Kingdom, France, Germany, Italy and Spain – to automatically disclose details of individuals who have taxable income kept in offshore accounts.

According to a press statement by Her Majesty’s Revenue and Customs in the UK, Seychelles is the 46th jurisdiction to join the offshore transparency initiative, which will make it much more difficult for corporate tax avoiders, fraudsters and other criminals to hide their money from the taxman after the first exchange of information, which is scheduled to take place in 2017.

The new global standard is expected to greatly enhance the ability of governments to tackle tax evasion and will rapidly remove the remaining hiding places for those who seek to evade their taxes.

Existing automatic exchange deals have forced countries such as Switzerland to disclose details of British citizens stashing taxable income in offshore accounts, and this type of information exchange has already helped the UK recover almost $2 billion in lost taxes.

Attention has now turned to developing countries such as Seychelles to sign on to the Automatic Exchange of Information (AEOI). The G5 countries have arranged to hold a signing ceremony on AEOI with its other ‘early-adopter’ jurisdictions, including the United States, Switzerland, Jersey and Guernsey at the next Global Forum meeting in Berlin this October to give effect to the new global standard.

Financial Secretary to the UK Treasury, David Gauke, has said that early adopters such as Seychelles have demonstrated both good leadership as well as their commitment to fighting tax evasion, removing the hiding places which are exploited by the dishonest and corrupt.

In the statement published by HM Revenue and Customs, the finance ministers of the G5 countries said: “We warmly welcome Seychelles' decision to join the initiative for early adoption of the new global standard on automatic exchange of information. We call on other financial centers to match the commitment made by the Seychelles, and by 45 other countries and jurisdictions, so that we can rapidly stamp out tax evasion on a global basis.”

Over 140,000 international business companies (IBCs) are registered within Seychelles' jurisdiction and the island nation registered a record-high 20,747 new offshore company incorporations in 2013, a 29 percent increase over the prior year, according to consulting firm Appleby. In comparison, its closest competitor, the front-running British Virgin Islands reported a decline of 17 percent with 53,329 new registrations for the year.

In the light of this fast-growing sector, the Seychelles authorities have had to move quickly to pass and implement legislation to protect it from the abuses of money laundering and tax evasion. The newly-created Financial Services Agency (FSA) was set up earlier this year as the regulator of Seychelles’ corporate services providers, securities exchange, insurance and other related businesses.

Last year, the national assembly also approved various amendments to the 1994 International Business Companies Act to ensure compliance with international standards and recommendations by the Organization for Economic Co-operation and Development (OECD).

The OECD last year rated Seychelles as non-compliant in two areas in the Global Forum on Transparency and Exchange of Information for Tax Purposes, during Phase Two of the Peer Review Group rating process, raising concerns regarding Seychelles jurisdiction in terms of tax transparency rules.

The government stated that action would be taken to address the Peer Review Group’s concerns and push for a re-assessment, possibly as soon as the end of this year, and the AEOI agreement is regarded by the archipelago’s Ministry of Finance, Trade and Investment officials working with the OECD as an important step towards addressing the areas of non-compliance.

An ‘important next step’ towards compliance

In an email interview with SNA, Angelique Antat, a Policy Analyst from the Policy and Strategy Division of the Ministry, said that the AEOI standard would involve the annual systematic and periodic transmission of “bulk” taxpayer information by the source country to the residence country concerning financial account information, including balances, interest, dividends, and sales proceeds from financial assets, reported to governments by financial institutions and covering accounts held by individuals and entities, including trusts and foundations.

“So far, more than 65 countries and jurisdictions have publicly committed to implementation, while more than 40 have committed to a specific and ambitious timetable leading to the first automatic information exchanges in 2017,” said Antat.

“It is an additional tool aimed at clamping down tax fraud and tax evasion hence is an important next step towards tax transparency which Global Forum on Transparency and Exchange of Information for Tax Purposes will assess in their peer reviews,” she added.

“This will complement our peer review, hence Seychelles will not be considered as non-compliant with international tax standards. A compliant rating should give our financial services sector a good reputation internationally.”

According to the Trillion Dollar Scandal study by campaign and advocacy group ONE, an estimated $3.2 trillion of undeclared income siphoned from the economies of developing countries by corrupt officials and companies is stashed in offshore accounts, a staggering amount of money that could bring in about $19.5 billion per year if it was taxed.

The study’s authors claim the funds are being taken out of developing countries through corrupt deals for natural resources, the use of anonymous shell companies, money laundering and illegal tax evasion.

“Massive sums are being taken out of developing countries’ own economies, preventing them from financing their own fight against extreme poverty, disease and hunger,” states the campaign group.

ONE is now calling on the G20 to take action to remove loopholes in the global financial system that allow corruption and stop the poorest nations from becoming self-sufficient.

US Ambassador wants to see increased private-sector investment in Seychelles