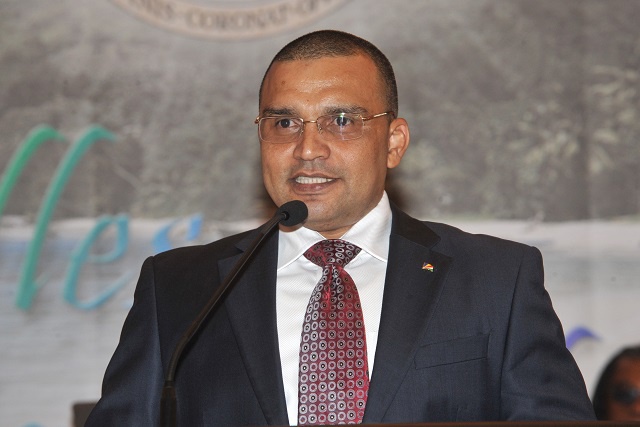 Nearly 14 years since Seychelles established diplomatic ties with Saudi Arabia, relations between the two countries have been strengthened with the accreditation of Seychelles first ambassador to the largest Arab state in Western Asia.

“Seychelles and the Kingdom of Saudi Arabia established diplomatic relations on 28th September 2000 and Ambassador Esparon is the first ever Seychellois non-resident ambassador to Saudi Arabia,” read the statement.

Saudi Arabia is one of the world’s biggest oil producing countries.

Increase the number of visitors from Saudi Arabia to Seychelles as well as increasing foreign direct investments from the Arab state are some of the areas of cooperation which Esparon is seeking to develop, according to the MFA statement.

According to statistics available on the Seychelles National Bureau of Statistics website there was a slight increase in tourism arrivals from Saudi Arabia to the Indian Ocean archipelago from 2012 to 2013.

A total of 1,796 tourists from Saudi Arabia visited the island nation in 2013 compared to 1,585 the previous year.

The bulk of tourism arrivals from the western region of Asia to Seychelles though comes from the United Arab Emirates, of which Esparon was accredited as resident ambassador in September 2011.

Seychelles has an embassy and a tourism office in the UAE.

“Ambassador Esparon also acknowledged that Seychelles accreditation to Saudi Arabia would accelerate negotiations for a Bilateral Service Agreement, which started in late 2012 and conclude a Double Taxation Agreement with Saudi Arabia.”

The newly accredited non-resident ambassador to Saudi Arabia also held talks with King Abdullah bin Abdulaziz Al Saud on the issue of terrorism and the need for the international community to fight terrorism in all its forms.

Israel and UAE to normalise ties in 'historic' US-brokered deal