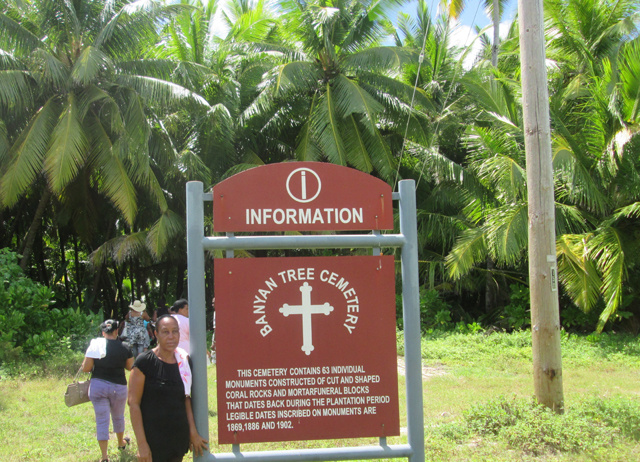 Around 2,000 Chagossians were forcibly evicted from the Chagos archipelago in 1960 after the UK leased the main island, Diego Garcia, to the United States to use as a military base. (Alvin Tirant)

Displaced islanders from the Indian Ocean’s Chagos islands will be able to follow their case live online for the first time when the High Courts in in the United Kingdom hears an appeal in the case starting Tuesday.

The online viewing option is in line with new health measures due to COVID-19, where only a limited number of people are allowed in the courtroom and where witnesses can testify wherever they are.

The court starts hearing the appeal May 12 of Seychelles’ Committee of Chagossians in their case against the UK government. The legal hearing will be online at this address: https://www.judiciary.uk/highcourt.

A statement from the local committee’s chairperson said “the appeal follows a long line of cases that had been before the courts seeking a just solution to a historic wrong; the exile of an entire population Chagos islanders that had a history and culture spanning over 200 years on the islands. It is the only example of the expulsion of an entire population of British citizens.”

Pierre Prosper, the chairperson, told SNA on Monday that Seychelles’ Community is being represented by Solange Houareau of the legal firm Leigh Day. According to Prosper the Chagossians legal team from Mauritius will also be participating in the hearings with arguments shared between the two legal groups.

“This appeal follows judgments of a previous case that went against the Seychelles Chagossians on the 8th of February 2019. The judgment maintained the constitutional bar against settlement and later the UK the government provided a 40 million pounds support fund for the communities,” explained Prosper.

Prosper added: "Our main arguments focus mainly on the legal technicalities against the right to return, failure to undertake any assessment of the needs to which the support package was directed and failed to have regard for public sector equality duty, that is continued racial discrimination against Chagossians.”

The chair of the Seychelles Chagossians Committee, Prosper is encouraging all Chagossians, whenever possible to view the hearing online. “We will continue unabatedly on our legal push against the UK government,” said Prosper.

The struggles for the Islanders to return to their home continues amidst a small victory – though on paper only – in May last year. In an overwhelming vote in favour of the rights Chagossians, the U.N. General Assembly voted 116-6 to condemn Britain's occupation of the Chagos islands, a stinging diplomatic defeat for the U.K.

The vote was in support of a motion setting a six-month deadline for Britain to withdraw from the Chagos island chain and for the islands to be reunified with neighbouring Mauritius, according to the Guardian newspaper. However, British diplomats said the non-binding resolution would have little practical impact.