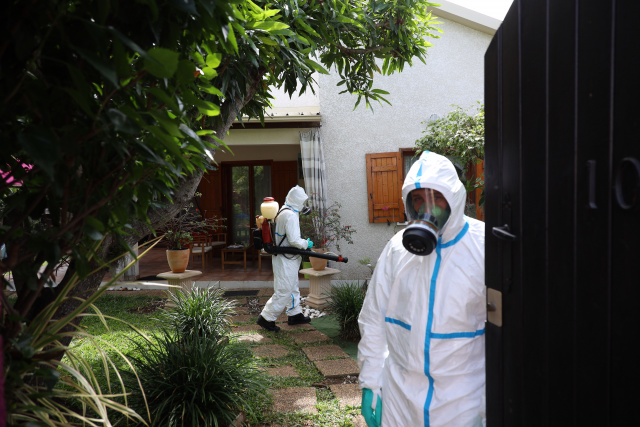 (AFP) - The French army on Monday began to dismantle a field hospital set up at the peak of the coronavirus epidemic, with some intensive care beds to be sent to the Indian Ocean island of Mayotte.

The hospital, said to be unique in peacetime France, was set up in the city of Mulhouse when the intensive care capacity in eastern France risked being overwhelmed.

Defence Minister Florence Parly said dismantling the facility, which had offered 30 intensive care beds, marked the "end of a stage" in the epidemic.

France on Monday began to relax its lockdown as the epidemic begins to slow, but officials warned that the danger remains.

Ten of the beds will be flown to Mayotte, a French territory where officials fear the intensive care system could be overwhelmed as cases spike.

The government in Paris has repeatedly expressed anxiety about Mayotte, France's poorest department where many live in cramped shanty towns.

Twelve people have so far died on the island from COVID-19.

As of Sunday, 2,776 people were suffering from coronavirus in intensive care in France, well down from the figures of over 7,000 seen at the peak of the crisis.

Some in Madagascar 'on verge of starvation': UN