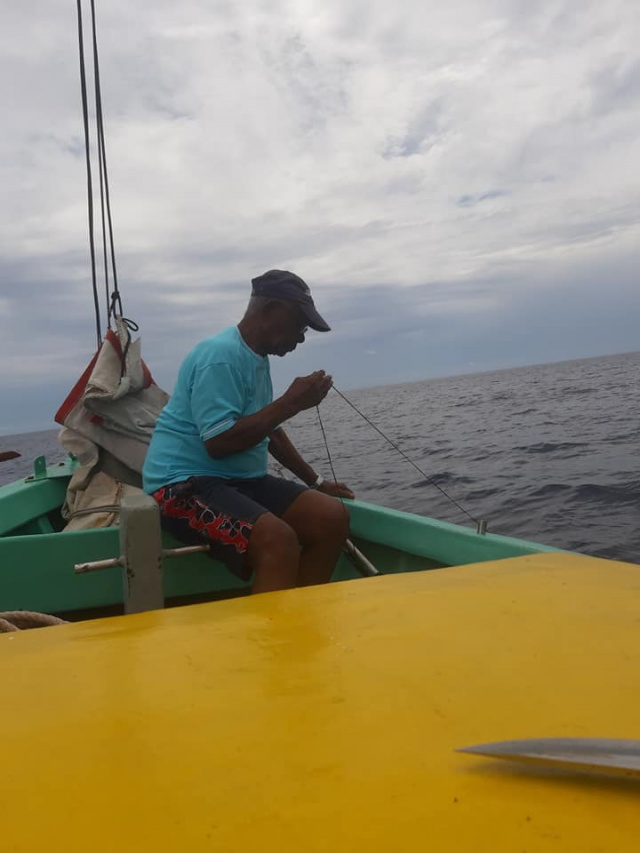 (Seychelles News Agency) - The name Mazaren in Seychelles is like the name Steve Irwin in Australia, for he is well known as a conservationist with a vast knowledge of the islands which forms the Seychelles archipelago. Mazaren, who was born Antonio Constance, turned 85 on April 16.

SNA caught up with the octogenarian, who was amongst the first Seychellois to learn how to scuba dive back in 1956 and says he has visited all 115 of Seychelles' islands. The following conversation examines his life on the islands, his contributions in conservation, his love for tortoises and his take on the island nation’s economy post-COVID-19.

SNA: Firstly tell us about yourself, your life in general.

AC: I am married with four children. Coincidently it was on an island –on Aldabra - that I met my wife Alda, who is named after Aldabra where she was born. We have been happily married for 60 years. I am from La Digue and was born on the island but at a young age went to live with my godfather on Mahe. My childhood was hard and a young age I started my career by working as a cook on the schooner Aroa. And it was during that time that I got the nickname Mazaren. At 18, I quit my job on AROA, and joined the British Army and I travelled to Egypt. My army number was 8130084 and by 1955 I had completed my military time and returned home. It was around that time that my love affair with the sea and the islands started.

SNA: Tell us more about this never-ending affair with the sea.

AC: I purchased my first boat and together with my brother Wilfred, my only sibling, started to fish and collect green snail on all the inner islands and these were then sold. After selling my boat which I named Ste Marie, I started to work with the late Harry Savy. I did several jobs including collecting green snails and oysters, fishing and exploiting turtles and sea birds. I was among the first people in the country to do scuba diving. I also worked on Harry Savy’s boat, doing trips on the outer islands.

SNA: How was life on the outer islands?

AC: Without boasting, I can confidently say that I have set foot on all the 115 islands of Seychelles and even beyond. And it was while working on Aldabra in 1957 that I met my wife Alda. Another important person who I also met on the atoll was the legendary Frenchmen Jacques Cousteau and that I think was in 1956, he was doing filming on Aldabra. After Aldabra, I travelled to Cosmoledo where I was in charge of fishing. There was a lot of fish there at that time and we caught around 20 tons on monthly basis. I love this island and my best time was spent on Cosmoledo.

I then took a break and joined the company Southern Line Company. I sailed around the African continent and stopping at several ports. But that did not last long and soon after I went back to Cosmoledo. By then the Island Development Company was formed and I worked wherever they sent me especially on the outer islands which they managed. Another important responsibility I had on the islands was the collection of birds eggs on, especially Desnoeuf. This was challenging but a good experience. For many years I had a good team and most of them were from Belvedere, where I currently live and every year we would undertake the exercise. The harvesting of the eggs was easy but getting the cartons on the ship was a real challenge as the sea was rough with big waves. Mastering the small fibreglass with its cargoes of eggs to the bigger vessel required a lot of skill.

SNA: On the issue of birds’ eggs, what do you think of IDC’s plan of harvesting from Cosmoledo as well?

AC: They should have done this a long time ago as the island has many many more birds than on Desnoeuf. So yes it is a good decision because every year when the season opens it seems the demand always surpasses the supply, I hope that now everyone can say they’ve eaten or even tasted the eggs.

SNA: You are famous for being very knowledgeable about land tortoise. Where did that interest come from?

AC: Ever since seeing their population on Aldabra I have been fascinated by the tortoise, I also keep a couple as pets, but it was around the time I met Dr Jeanne Mortimer that I learned and deepened my knowledge on these fascinating creatures who can survive up to six months without drinking water. So it was in 1983 while on Coetivy that I got to meet Madanm Torti as we all know her. It was through her that I took an interest in the species. She became my mentor, my teacher and we have developed a close friendship. Together we have travelled to many outer islands, doing surveys, researches on both the tortoises and sea turtles.

SNA: The whole world is going through uncertainty because of COVID-19, including Seychelles, whose economy is badly affected. How do you see us overcoming all this?

AC: They have put too much emphasis on tourism and neglecting other sectors. I sincerely think that our solutions lie with our islands. We need to diversify our activities, go back to agriculture on the islands. On Providence, for instance, pumpkin grows in abundance and so does fatak. Why don’t we go back to making fatak brooms? Also, we can consider salted fish as well. Our solution is there on the islands! There everything is pure and the soil fertile. But our dilemma is getting hardworking people to work on there because local labour is a real problem. These are the times that I wish my back was still strong and I did not have these aches.