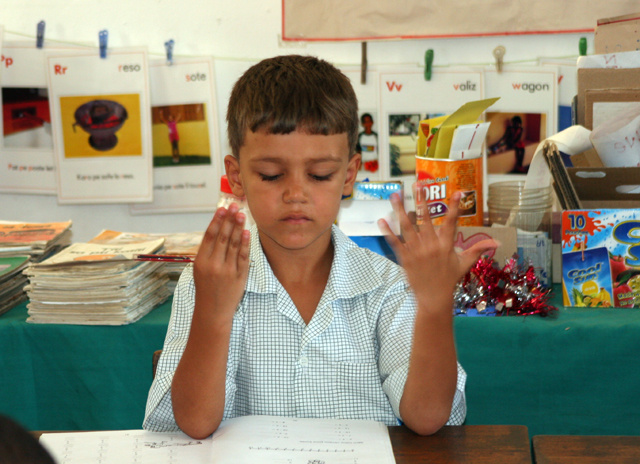 The act provides for the further protection of children through the abolition of corporal punishment. (Seychelles News Agency)

(Seychelles News Agency) - A random sample of 10 Seychellois parents found mixed views on the banning of corporal punishment which came into force through the Children (Amendment) Act 2020.

President Danny assented to the Act last week after it was approved by the National Assembly, giving effect to the requirements of the international Convention on the Rights of the Child. The act provides for the further protection of children through the abolition of corporal punishment.

SNA spoke to 10 people to learn their views on the Act. Six said that they are against it as it deprives parents of their rights to decide on how to discipline children. The other four said that the act is a good thing and there are other ways to discipline a child other than corporal punishment.

Those against said that they were punished in a physical manner by their parents as children and today they are good citizens. They hence do not see a problem with doing the same with their children.

"Our parents were beaten and we were beaten. You won't beat a child to bring about physical harm. Beating is not harmful, you are rather correcting the child, setting them on a right path. If you cannot beat your child, this means that they can do whatever they want, and as parents, you won't have any form of control," said Rita Soomery.

Asked what correcting a child means, Soomery explained that it is to spank the child's bottom or give him or her a slap on the hand.

Wilna Felix, said that corporal punishment is a way to discipline a child who would otherwise not obey.

"If your child understands when you speak to them or punish them, that is great, but what about when whatever system that you are using doesn't work? If a small stick does the job, then it is okay. As a child, I was disciplined by the use of a stick. To me as long as it is not an abuse, it is okay," said Felix.

The law has been greatly welcomed by others. Genevieve Rene, a mother to a young boy, believes that children do things out of innocence and curiosity and hence do not deserve harsh punishments just because they are trying to figure the world out.

"I believe it's okay to give them a little slap on the wrist if they are misbehaving but most of the time a good talk or giving them 'the look' does the job," said Rene.

She added that some parents do not have time for their children and do not try to have a little talk or teach their children something new or even give them the attention they need.

"Most of the time a child does silly things when trying to get their parents attention and the non-attentive parent will sometimes beat them if they breaking something, being too loud or any other unintentional behaviour when in reality the child just wanted some attention," said Rene.

She concluded by saying that corporal punishment can affect a child for the rest of their lives.

"It can leave your child mentally deranged sometimes paralysed, stressed out, affect their learning ability and development and many others. A human brain fully develops at the age of 25. Why stop our children from doing things their own way?" asked Rene.

Another mother, Dyanne Azemia, said that disciplining a child does not mean that it has to be physical.

"I totally agree with the Act and see it as a good thing. To discipline my child, I talk to them, and if she does not listen, then she is placed in the naughty corner and deprived of the things she loves. I've noticed that once I get to the third warning, she stops doing the wrong thing as she hates being placed in the naughty corner," said Azemia.

General » Be a reporter: Write and send your article » Subscribe for news alert
Tags: National Assembly, Children (Amendment) Act 2020, Convention on the Rights of the Child