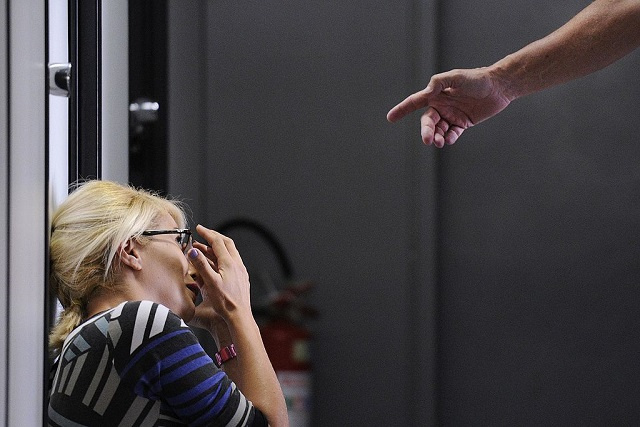 The Bill provides the legal basis for defining different forms of violence and criminalises the acts of domestic violence. (Senado Federal, Wiki Commons)

The Ambassador of the European Union to Seychelles Vincent Degert, said in a statement that "the adoption of the Domestic Violence Bill marks an important turning point in the fight against violence on women. It provides the legal basis for defining different forms of violence and criminalises the acts of domestic violence – and this is an essential step to stop this horrific act of violence against women. For the European Union, elimination of all forms of discrimination, harassment and violence against women are fundamental human rights."

"Violence against women is violence against the entire society. Therefore, it is the responsibility of each and every one to say no to violence and to protect women," added Degert who is based in Mauritius.

It was the Minister for Family Affairs, Mitcy Larue, who presented the bill to the National Assembly during their sitting last week. Larue explained the objectives and rationale for the bill and listed numerous conventions on human rights and domestic violence on which the provisions of the Bill are based.

According to the minister, the bill defines different forms of violence, criminalises acts of domestic violence, sets out the role of the police in relation to victims in need of shelter, impart powers to social services to take up legal action against the abuser even if the victim removes their case, as well as increasing the options available to third parties seeking protection for a victim.

The Bill also caters for protection orders setting out the procedures, protection of persons who provide information as well as provisions on assisting minors and persons who are functionally limited.

The chief executive of CEPS – platform which regroups civil societies in Seychelles – Michel Pierre said the Bill was long overdue.

"We have been waiting for nine years for this law and we are very happy. With the law, police officers will now be obliged to play a more proactive role. Because in the past when we had cases of domestic violence, they were telling us that there was no law for domestic violence and these cases were registered as assault," said Pierre.

Pierre added that now CEPS will also get the corporation of the police when referring women to the shelter for abused women which it currently manages. The shelter was set up with funding from the European Union.

In his communique, Degert said that the European Union is very pleased with the support it is currently providing to the first-ever shelter for battered women in Seychelles.

"The shelter funded by the EU since 2018 provides a safe place for battered women. Women also receive medical assistance, legal advice and counselling there. During the COVID-related confinement, for example, the shelter operated with full capacity, protecting women from perpetrators with whom they were forcibly locked down," said Degert.

While debating on the Bill, member of the opposition in the National Assembly, Regina Esparon, said "the law will not only protect victims but will also help the abuser by opening up access to rehabilitation. We can't talk only of victims, but the abuser after completing their sentence will be freed into society again, so rehabilitation is just as important." 26 members voted in favour of the bill.

Statistics for domestic violence in Seychelles – 115 islands in the western Indian Ocean - shows a total of 5429 cases were registered at the Family Tribunal for a ten-year period from 2009 to 2019.