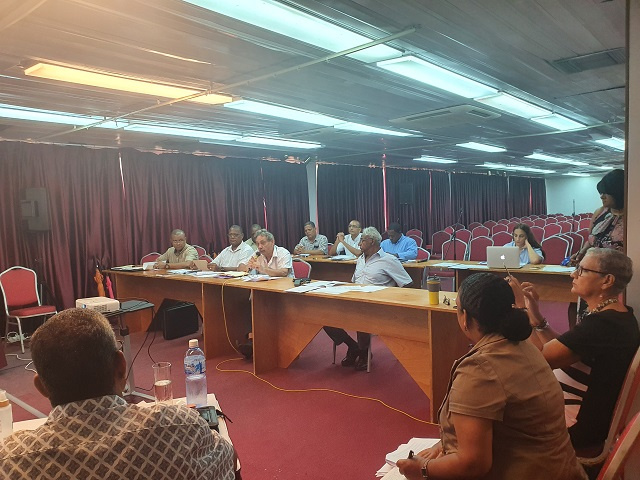 (Seychelles News Agency) - Seychelles' electoral commission has announced the provisional dates for the island nation's presidential election to be held later this year.

The three tentative days - October 22, 23, 24 - were revealed by the chairperson of the commission in a press conference on Friday afternoon after the commission held a meeting with local political parties.

"These dates are tentative and provisional dates; we have not firmed up the dates as such.  We believe in the context of things they represent the dates which are best suited for the coming election," explained Danny Lucas.

To date, only two political parties have announced their candidates for the upcoming election. The incumbent President Danny Faure for United Seychelles and Wavel Ramkalawan for the opposition coalition -- Linyon Demoktratik Seselwa (LDS).

Lucas said that the commission took into account several factors including COVID-19 and national events happening from August to November.

"We had taken into account that between October and November we have national school examinations. We had also taken into consideration that we do not want to interrupt the population with their end of the month matters. We came to the conclusion that the tentative dates in October best suit the circumstances," Lucas added.

The commission said that there are many logistics to organise before the elections especially now that there are special measures to be implemented as per guidelines from the health authority.

Chief electoral officer Manuella Amesbury explained that their priority is to set up their new headquarters and confirmed that this will be at the SACOS Tower as the National Library which traditionally housed the commission is no longer in use.

First-time voters are being encouraged to register and the commission said that they are extending their office hours to ensure that people do register and make necessary changes to the registry. This exercise will stop two months before the confirmed date of the presidential election.

This being a presidential election, Lucas explained that the ballot papers and voting equipment are most likely to be procured from abroad. He added that this is necessary due to the number of ballots required and security features that need to appear on the paper.

Frequent meetings are expected to be held with the ten political parties registered, to allow these parties to be updated on the latest information including confirmed election dates and nomination dates. More than 60,000 people are eligible to vote in Seychelles, a group of 115 islands in the western Indian Ocean.