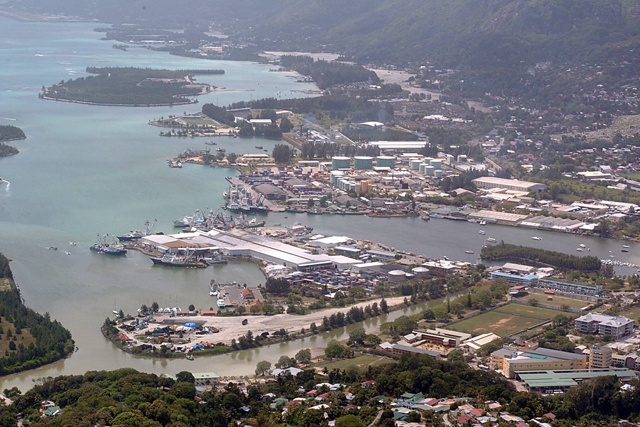 The Seychelles is an archipelago in the Indian Ocean with a population of around 90, 000 people. Seychelles is ranked 92nd in the latest Global Competitiveness Report released by the World Economic Forum (Seychelles News Agency)

(Seychelles News Agency) - Seychelles has tumbled a total of 12 places and is ranked 92nd out of 144 countries in the World Economic Forum’s (WEF) Global Competitiveness index for 2014 released this week, with an overall index of 3.9 out of a possible 7.

Factors such as lack of access to financing and a poor work ethic among the local workforce were cited as the top contributing factors to the Indian Ocean islands’ lack of global competitiveness.

This represents a further drop for Seychelles in world competitiveness rankings. In the previous year’s report, Seychelles was ranked 80th out of 148 countries and 76th out of 144 countries in the 2012 index.

The Global Competitiveness Index is composed of 12 pillars which capture the different aspects of competitiveness of the assessed countries.

The 2014-2015 Global Competitiveness Index (GCI) ranked Switzerland the most competitive country in the world, Singapore remained in second for the sixth consecutive year, and the United States climbed two places to third.

Out of the African top five

Seychelles has dropped from fifth to seventh place in the sub-Saharan top ten list, as Kenya shot up six slots in the overall global rankings to 90th place. Mauritius continues to be the top-performing sub-Saharan African country in the list, ranking 39th globally.

The Seychelles Ministry of Finance, Trade and Investment (MFTI) has questioned the reliability of the methodology used, partly because much of the GCI is based on the Executive Opinion Survey distributed by the WEF to business leaders throughout the world.

In a press statement issued on Friday, the ministry said that despite progress achieved in certain areas, the report was an indication that Seychelles needed to work harder to enhance its competitiveness as an emerging market economy.

Seychelles has faced a tough battle with global indices in the past year after the country dropped six places in the 2014 World Bank Doing Business report from 74th in 2013 to 80th and the latest edition of the United Nations Development Programme (UNDP)’s Human Development Index saw the Indian Ocean island nation falling from 46th place in 2013 to 71 in 2014, a ranking that the government of Seychelles immediately called into question due to apparently inconsistent methodologies.

The government has previously indicated that it would be working hard to target the areas where Seychelles had underperformed in the indices, particularly by working together with the local business community to address their concerns.

Despite the decline in its overall raking of 92nd, Seychelles climbed two places to 50th in the ‘Basic Requirement’ category, which addresses institutions (54th place), infrastructure (53rd place), the macroeconomic environment (57th) and basic primary education and healthcare (55th place).

Seychelles hampered due to physical size

Although the Finance Ministry acknowledges that the rankings will help the government to focus its efforts and resources in areas that require more attention, reservations have been expressed about the methodology and accuracy of some of the information used to compute the indices, which it says “puts into question this whole process and the result of the report”.

“For instance a ranking of 143rd (index 1.5 out of 7) for Market Size clearly has a major impact on ranking for ‘Efficiency Enhancers’, yet the size of the market is something that is simply due to the small size of Seychelles and its population,” read the statement.

“Another example is that the report claims that respondents gave Foreign Currency regulations as one of the more problematic areas for doing business, yet the Seychelles has since 2008 abolished all exchange controls and have a very liberal policy on foreign exchange.”

MFTI also pointed out that the WEF appointed local firm Plutus Auditing and Accounting Services to help collect data for the index.

“As is currently being undertaken for the World Bank Ease of Doing Business and the UNDP HDI reports, MFTI will continue to work with the other ministries and government agencies, as well as with the publisher of the report and its local partner, to ensure that future reports give a more accurate and realistic account of the situation on the ground in Seychelles, which should in turn improve our rankings,” concluded the statement.