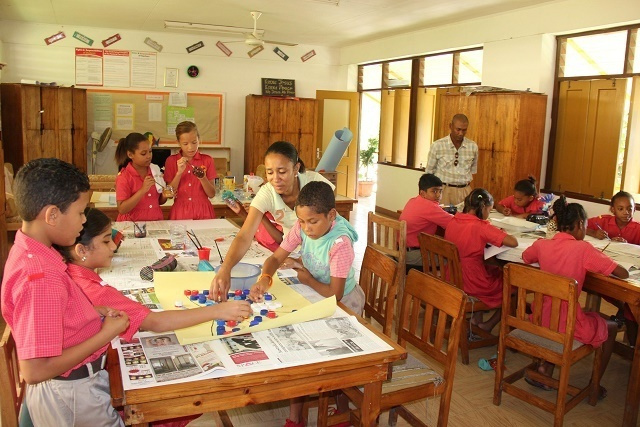 The Ministry for Education has made it official policy in public schools in Seychelles that students who are struggling with their studies will no longer automatically be promoted to the next grade. (Joena Meme)

The Ministry for Education has made it official policy in public schools in Seychelles that students who are struggling with their studies will no longer automatically be promoted to the next grade.

This change in policy follows the implementation by the Ministry for Education and Human Resources Development of its Grade Repetition and Acceleration Policy. The policy was endorsed by the cabinet of ministers recently and a senior officer from the ministry told SNA on Tuesday that whilst grade repetition was being done the policy now makes this process formal.

“Grade repetition has been a practice that has been used at low levels over the years, so every year we have a few students who repeat a grade but whilst we had an internal procedure for doing so, accepting and processing the requests, we didn’t have an official policy for that,” explained Catriona Monthy.

Monthy added that “the other side of this is that there have been calls over the years to relook at the automatic promotion whereby students automatically progress to the next grade irrespective of their academic attainment.”
This policy sets out the principles, guidelines, criteria and procedures for students to either repeat a school grade or skip ahead and enter the school system at a grade higher than would be expected at their age.

Low performance in state schools in Seychelles – 115 islands in the western Indian Ocean - has been an issue in the past few years. This was something that the head of state Danny Faure spoke about in his State of the Nation Address in March 2018.

"The 2017 Examination Results show a disappointing trend. However, we have a collective responsibility to reverse this situation. One of the important decisions that will be implemented from this year concerns ‘automatic promotion’. It is important that children learn, learn, and learn, to attain their set targets before progressing to the next level,” said Faure.

Monthy said that work on the policy started in September 2018, when the ministry came up with a proposal, but then it was decided to look at grade acceleration as well. Last year, a committee at the ministry level including representatives of school leaders took the task of developing the policy. The document was finalized earlier this year.

“This was long overdue! This will ensure a sense of responsibility on the part of students for them to take their studies and learning seriously. It might also act as a motivation for others as now it will not be automatic promotion to the next level,” said Antoinette Magnan, a parent SNA spoke to.

Marc Arrisol – Director of Mont Fleuri Secondary School - said the policy is important as it puts an end to automatic promotion.

“Therefore, learners must cover a given number of subject matters or competencies before moving to the next grade. Consequently, special needs education will need to be maximized to yield better results, or else the learner is stuck for another year in the same grade,” explained the headteacher.

According to Arrisol “learning impairment like dyslexia would be addressed earlier and no student will enter secondary school without knowing the basics such as writing their names.”

The Ministry for education said that the grade repetition will be implemented as much as possible at the early childhood level. But it will also allow students who have had to miss school for long periods due to medical reason or who have had to differ because of pregnancy to get the chance to cover the whole curriculum.

National » Be a reporter: Write and send your article » Subscribe for news alert
Tags: Ministry for Education and Human Resource Development, State of the Nation Address