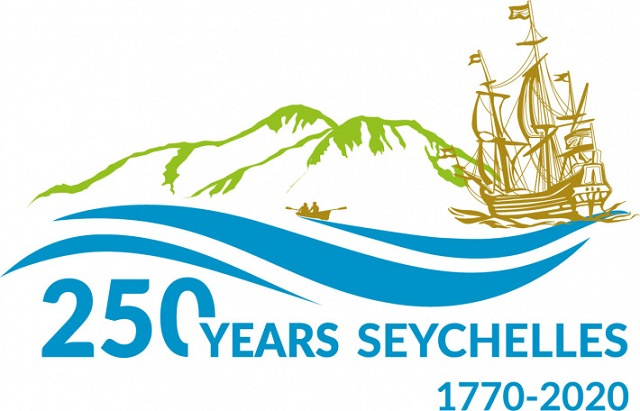 Two new monuments will be unveiled this year to commemorate Seychelles’ 250th anniversary, though most planned activities have been cancelled due to COVID-19.
The celebration committee said Friday that mass public gatherings remain a big concern. “The budget for 2020 has been considerably reduced. Again, given the new normal we are operating in, there are some activities that are not being encouraged at all like large gatherings of people. But we are trying to at least to materialise a few projects which we think will leave footprints and memories of this celebration as it is a big milestone for the country,” said Sherin Francis, chairperson of the committee.
Francis explained that the two monuments are largely sponsored by the private sector. A monument to seafarers will be inaugurated at Baie Ste Anne on the second-most populated island of Praslin. The second monument - the Wall of History - will be in the capital city of Victoria. Both will be inaugurated in August.
In September last year, Seychelles launched a year-long programme to celebrate 250 years of the island nation. Musical shows, a history fair, an exhibition as well as cultural performances and parades had been planned. These were going to be held at national and district levels where all districts were planning their own activities.
A history book, commemorative memorabilia including a coin and videos of Seychelles and its people are celebration activities still expected to take place as they began last year before the celebrations were cancelled.
Principal Secretary for Culture Cecile Kalebi said that the implementation of two events - a history fair for students and a series of exhibitions - are still being discussed.
“We are still encouraging schools to continue to work on their projects and we will revert back on how we will do this, as we have an issue with gatherings and we will need to review its concept,” explained Kalebi. The Principal Secretary said the committee is looking at the possibility of doing the exhibition virtually.
It was in August 1770 that a group of Europeans and their slaves arrived and made the very first settlement on Ste Anne – one of the inner islands of the archipelago in the western Indian Ocean. They were brought to Seychelles on board a ship - the Telemaque - which remained as the surname of some Seychellois families. The 15 French, seven Africans and five Indians were the foundation of a nation populated by the Creole people, a melting pot of cultures.
Along with the 250th anniversary of the island nation, all other major and mass public activities have been cancelled in Seychelles. These include the National and Constitutional Days commemorations on June 18 and June 29 as well as the Creole festival – a week-long celebration of the islanders, their heritage, culture and their way of life through different art forms such as music, fashion and its gastronomy.
General » Be a reporter: Write and send your article » Subscribe for news alert
Tags: 250th anniversary, seaferers, Wall of History