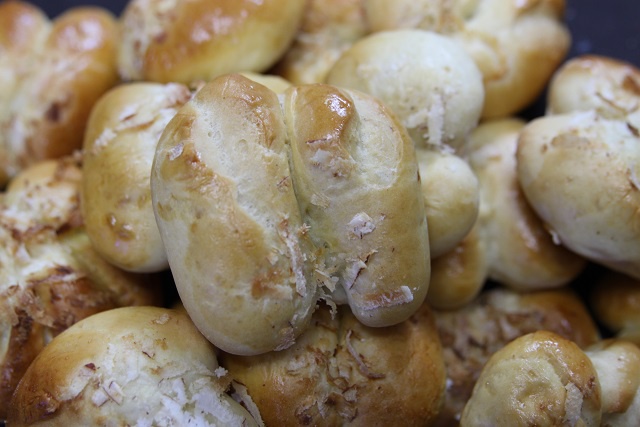 (Seychelles News Agency) - For the first time in Seychelles, the kernel of the coco de mer, the largest nut in the world was the one of the main highlight of a ‘culinary and arts fiesta’ on the archipelago’s second most populated island of Praslin.

The event which took place during the weekend from September 5 to 7, is an initiative of the archipelago’s Ministry of Tourism and Culture in collaboration with other partners including the island’s district authorities.

A unique product of Seychelles

Richard Mathiot, the Principal Lecturer at the Seychelles Tourism Academy (STA) who has also been helping the Ministry of Tourism and Culture to spearhead the event, along with other colleagues from the STA explained that they have worked to process the kernel several times using different techniques and have it transformed into an ingredient that can be used in recipes.

Ice Cream, mousse, flan, parfait and bread are some of the delicacies prepared using the coco de mer as one of the main ingredients that were on sale for as low as $0.40 to $0.80.

The event held at the Berjaya Praslin Beach Hotel at Cote D’Or, Praslin attracted Seychellois residents and visitors alike who were eager to savour the taste of the forbidden nut.

“It was quite good but it seems that they did not add enough of the kernel in the recipe. Maybe they did not have enough to work with,” A tourist guide hailing from the island of Praslin, Jacqueline Jeannevole told SNA, after tasting some of the products.

"Its very good....Although, I expected less coconut and more coco-de-mer. I know the difference because one is more refined than the other but it’s a very unique product," said Anglican priest, Father Simon Fred had bought an ice-cream.

The products sold out fairly quickly and the stock had to be replenished.

Despite not being commercially available in Seychelles over the years, the introduction of licenses have allowed for the dried kernel of coco de mer to be exported mainly to Asian countries like China where it is believed to have aphrodisiac properties. This fact that the kernel is exported is a key argument used to back up the initiative to allow locals to also have a taste to the unique nuts.

When launching the culinary and arts fiesta on Friday evening the Seychelles Minister for Tourism and Culture said the fiesta is an occasion to allow the people of Praslin to taste and benefit from the kernel of the coco de mer which is being exported to countries like China.

The idea however, to have the coco de mer as one the main highlight of the first Praslin culinary and arts fiesta has sparked a lot of debate and even opposition considering the coco de mer is listed as an endangered species, by the International Union for Conservation of Nature (IUCN), the main authority that classifies the status of species around the world.

There are also strict laws governing the possession and distribution of the nuts.

Different groups involved in conservation efforts in the Seychelles have made known their apprehension including through a signed petition asking the organizers not to go ahead with the event.

The Seychelles Island Foundation SIF which manages the UNESCO World Heritage site of Vallee de Mai, where grows the coco de Mer told SNA that they had expressed their concern to both the Ministry of Environment and Energy as well as the Ministry of Tourism and Culture.

“It is not the one-off use of the kernel which is the issue here but creating a demand of which the side-effects have the full potential to lead to an unsustainable exploitation of a globally important species,” SIF's Chief Executive officer, Dr Frauke Fleischer-Dogley told SNA in an e-mail interview.

Dogley noted that while SIF is concerned with the idea of creating a demand for coco de mer kernel which is  internationally protected, through the culinary and arts fiesta, the organisation hope that the festival can be further developed and become an iconic item on the event calendar for Seychelles' and specifically Praslin's tourism.

“I believe that it is very important for Praslin to have its own event or festival at a level similar to the La Digue feast or the Carnival on Mahé. SIF is encouraging and supporting the efforts of the Ministry of Tourism and Culture to develop such an event. We wish that the coco de mer forests on Praslin, especially those not as much visited as the Vallée de Mai, the Praslin National Park or Fond Ferdinand, find  a place in the Praslin festival to celebrate together with our visitors the most unique palm on the planet.”

Artful display of food and canvas

The chance for people to taste coco de mer recipes was only one component of the culinary and arts fiesta.

The event was also an opportunity for Praslin’s professional chefs as well as people who simply love to cook to showcase their talent.

The culinary contest for the professionals was held at ‘Le Domaine de La Reserve’ on Saturday and saw the participation of chefs from eight out of the hundred or so, hotels on Praslin.

One of the organizers, Murla Gabriel said that they were not disappointed by the number of participants in this event.

"We wanted them to use Creole ingredients even the local fish and meat," Gabriel told SNA.

All eight teams had to prepare three dishes.

The Constance Lemuria Resort clinched the prize for main course using fish whilst the Paradise Sun Hotel came out first with their meat dish.

A second competition was held on Sunday for non-professionals where most of the traditional foods and recipes were used to create savoury dishes.

Some 15 participants enlisted for this competition and displayed their final product to the public and the jury on the last day of the festival.

The Praslin culinary and arts fiesta which is expected to become a yearly event also featured an art exhibition.

Most of the practicing artists on the second most populated island showcased their work at the Berjaya Praslin Beach hotel which was a chance to sell their canvas, sculptures and woodwork all showing the natural beauty of Praslin.