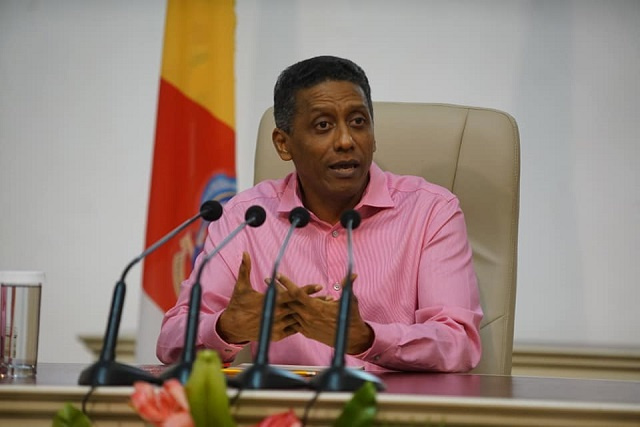 Faure effectively announced six new cases one day after the health authority confirmed three cases among newly arrived sailors, bringing the total to nine. The cases occurred among the 205 seafarers from western African countries who arrived on Tuesday for a crew change for 26 Spanish vessels currently fishing tuna in Seychelles' waters.

The head of state said that whilst the pandemic is still ravaging the world it is important to protect the country.  At the same time, he said the economy cannot shut down as this will result in grave economic consequences.

All of the previous 11 patients with COVID recovered.

Meanwhile, the head of state also confirmed that Justice Mathilda Twomey has tendered her resignation which will come into effect in September. Twomey has served as the island nation Chief Justice since August 2015.

"I have great respect for the Chief Justice and we have a good working relationship. She did make a declaration at the reopening of the courts of her decision and she also explained why she took the decision to step down this year. I can confirm that I did receive an official letter from her on the subject," said Faure.

The head of state said that he will later meet with Judge Twomey to discuss the content of her letter.

On the issue of European Union vessels fishing tuna in Seychelles' waters, Faure confirmed that the government is looking at the possibility of having its own fleet of tuna vessels.

"A fleet of tuna fishing boats is on the table. Minister Bastienne (Minister for Agriculture and Fisheries) and the chairman of the SFA (Seychelles Fishing Authority) are working on this but it is not something that will happen tomorrow but this is on the table being discussed at this moment," said Faure.

Given the dire economic situation because of COVID's crippling effect on tourism, the president warned that people in the public sector working for the government in Seychelles - 115 islands in the western Indian Ocean - face the risk of losing their jobs.

The president warned that the pandemic has put the country in crisis and that if the situation continues the island nation will face more difficult times ahead.

When asked about his running mate, Faure remained elusive on who it is but confirmed that he does have a candidate. "Who is my running mate? This will only be revealed at the appropriate time," he said.