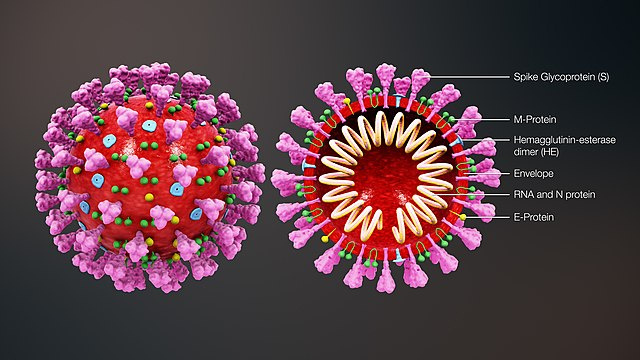 The total of positive cases in Seychelles as of Sunday is 70. (https://www.scientificanimations.com, Wiki Commons)

(Seychelles News Agency) - Three foreigners who had tested positive for COVID-19 in Seychelles have been re-tested and their results came back negative, while four more mariners among the Spanish fishing crew tested positive, said a top health official on Sunday.

The Public Health Commissioner, Jude Gedeon, told a press conference that the three foreigners – a French lady, an Emirati and a Filipino -- were all retested on Saturday.

The French lady had been in Seychelles, an archipelago in the western Indian Ocean, since March while the Emirati and the Filipino were in quarantine at home.

"They were retested given the fact that we could not explain why their tests were positive epidemiologically speaking based on the contacts and investigations that we've done," said Gedeon.

"For the French lady she has been retested and it is negative. For the two persons, the Emirati and the Filipino who had come from the United Arab Emirates 10 days ago, they were living in the same environment with people who came with them and none of the others had tested positive. We could not explain that, that's why they were retested. They have been tested negative as well," added Gedeon.

Meanwhile, tests were carried out on 197 crew members from West Africa on Spanish vessels fishing tuna in the Seychelles' waters.

Gedeon said that tests have been completed on the crew member and four more were tested positive bringing the total to 70 positives and that five results are still inconclusive and need to be resampled and retested.

"For the 70 they have been isolated on fishing vessels that are in a quarantine zone in the harbour on various vessels belonging to two different local companies. They are well and do not have any symptoms. There is only one person who has a fever and is at the Perseverance treatment facility," he added.

As for people in quarantine, the chief executive of the Health Care Agency, Danny Louange, said there are 94 people in quarantine at the Berjaya Beau Vallon Bay facility, 29 at Ile du Suette and others at the Coast Guard facility at Perseverance. These include the 55 Seychellois who were repatriated after they were stranded in several European countries.