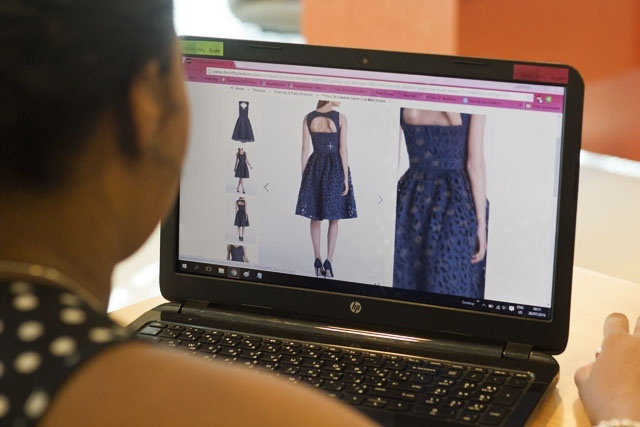 Choppy said people are finding more things to do on the internet and are browsing websites that require a download to be done to be able to view it. (File photo: Salifa Karapetyan, Seychelles News Agency)

(Seychelles News Agency) - Internet users in Seychelles used nearly 40 percent more data in the first three months of 2020 compared with the same period a year earlier, a rise that experts attributed to a reduction in data prices and an increase in high-definition video.

Data usage may increase even more in the second quarter of 2020 when the COVID-induced home confinement began and many people worked from home, students did online school work and families sought more home entertainment.

A report published by the National Bureau of Statistics (NBS) revealed that mobile data downloads from January to March this year was 6 million gigabytes compared to 4.3 million gigabytes for the same three-month period in 2019. That's a year-over-year rise of 38 percent.

The Principal Secretary of the Department of Information, Communications and Technology (DICT), Benjamin Choppy, told SNA that over the years there has been a natural increase in usage as more people download data.

"Basically people are finding more things to do on the internet and are browsing websites that require a  download to be done to be able to view it. For example, many people are going on YouTube and are opting for quality videos. These videos are in a different format. A higher quality format such as HD uses more data when downloading," he said.

Choppy said that many people in Seychelles, an archipelago in the western Indian Ocean, are using Facebook and uploading large pictures and videos.

Jeffery Dogley, director general of DICT, said that another reason which has led to the increase in data usage is the reduction in prices of internet packages and different promotions ran by different service providers in the island nation.

According to World Internet Stats as of December 2019, there were 71,300 recorded internet users in Seychelles, a penetration rate of 72.5 percent. There were 71,000 Facebook subscribers for the same year.

Fabio Morel, 35, said that many people are using the internet to access daily news.

"A lot has been going on since the beginning of this year. With the spread of COVID-19 pandemic, people have been hungry for news more than ever. Like myself, I like to be informed on the daily happenings. In the past few months I saw myself going on it more," he said.

During the restrictions on movement in Seychelles, some service providers also offered free internet package. There are four internet providers in Seychelles -- Intelvision, Airtel, Cable and Wireless and Kokonet.

Albert Pool, 27, residing at Beau Vallon, a northern Mahe district, said that during the time of confinement "most of the time I have been in front of my laptop watching movies online. I have also been going on Facebook to watch live-screened music shows by local and international artists."

Restrictions on the movement of people in Seychelles were reinforced after the 11th positive case of COVID-19 was recorded on April 5 as a prevention measure. A rise in data usage during home confinement would be reflected in the National Bureau of Statistics data for the second quarter, April, May and June.