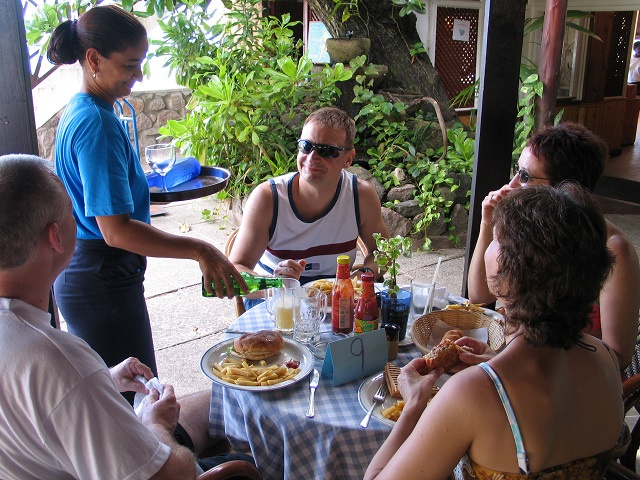 The Minister said that although the government is offering assistance to businesses to pay staff salaries requests from 91 have been processed and approved. (File photo: Joe Laurence, Seychelles News Agency)

(Seychelles News Agency) - Nearly 190 Seychellois workers could lose their jobs after 91 businesses in Seychelles have filed for permission to make employees redundant as they cannot sustain their activities, said a top government official.

The COVID-19 pandemic has heavily impacted the Seychelles' tourism-based economy, causing a drastic drop in the value of the island nation's currency and an estimated contraction of the economy by negative 10.8 percent.

The employment minister, Miriam Telemaque, told SNA that although the government is offering assistance to businesses to pay staff salaries "so far, 22 of the 91 have been processed and approved. The requests came from businesses across all sectors and it will affect 186 Seychellois workers."

President Danny Faure announced on March 20 that the government of Seychelles would budget funds to help retain jobs in private sector businesses that are suffering significant negative impacts from the COVID-19 pandemic. A financial assistance for job retention committee was thus set up to help businesses pay the salaries of their employees for the months of April, May and June.

An amendment in the Employment Act approved by the National Assembly in May makes provision for employers, especially those who have not been assisted by the government, to initiate negotiations with their employees on redundancies, layoffs, salary cuts among other issues.

The amendment takes effect from July 1 but already some enterprises had started the procedures since March. A company has to file a request with the Department of Employment for permission to make employees redundant. The law provides for said employees to be paid all their dues if the request is approved.

Meanwhile, a temporary scheme to assist workers who will be made redundant has been set up.

Telemaque said the government will be taking those employees under a re-training, reskilling and redeployment scheme, which will guarantee them continuing to receive their basic salary while being placed in other areas where there is a demand for workers.