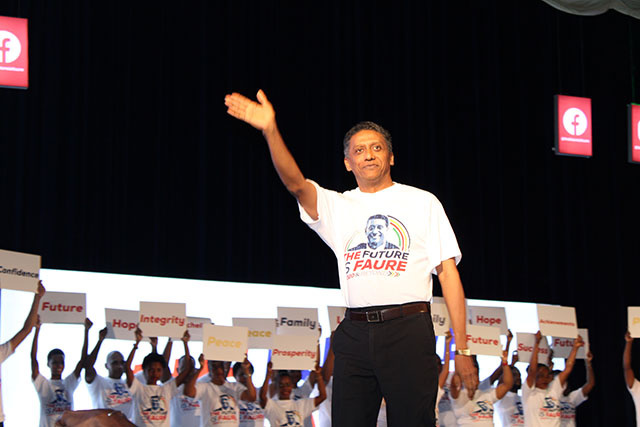 United Seychelles endorsed the incumbent President Danny Faure as the party’s candidate at its 33rd annual congress in August last year and said it will set a date for the designated candidate to choose his running mate.

Since the current vice president and party leader, Vincent Meriton, had already stated that he will not stand as Faure’s running mate, there has been much speculation on who will replace him.

The party’s Secretary General, Andy Jean-Louis, told SNA: “We left it up to Mr Faure to choose his running mate and we said the person will be presented at the right time. We have now set the date and everyone will know our candidate and put all speculations to rest.”

The congress is the supreme organ of the United Seychelles party and key policies are adopted during the annual gathering.

Jean-Louis said the running mate of the presidential candidate will be vetted and endorsed by the national executive committee and the congress.

Provisional dates for the presidential elections have been set for October 22-24 by the Electoral Commission.

Jean-Louis said it does not matter when the running mate is announced as this does not affect the work of the party and that of its presidential candidate and this was made clear to all their supporters.

“Since 2017 the constitution was amended to ban the transfer of power, thus diminishing the power of a vice-presidential candidate. The focus is therefore on our presidential candidate and we already endorsed him almost a year ago so that he could start his work,” he told SNA.