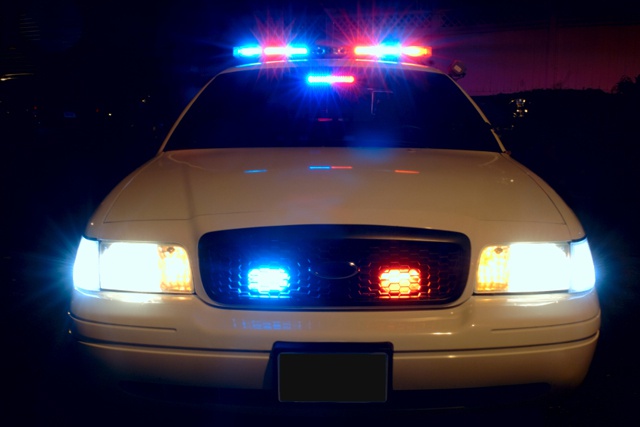 File Photo: Police car at night in the US (Wikimedia Commons) Law enforcement officials in the U.S. state of Texas arrested alleged child molester of Seychellois origin on Friday. Photo License: (CC BY 2.0)

(Seychelles News Agency) - An alleged child molester of Seychellois origin has reportedly been re-arrested by law enforcement officials in the U.S. state of Texas. The arrest followed an almost week-long manhunt after the 41-year-old Santa Maria resident, Clive Decommarmond, was twice arrested, skipped bail and failed to appear in court for the start of his criminal trial last week Tuesday.

California’s Central Coast News reported that Decomarmond had entered a not guilty plea at his bail hearing for 20 counts of child molestation involving five minors dating back to 2012. Four of the girls were under the age of 14 at the time of the alleged crimes.

Decommarmond, who was born in Seychelles but reportedly moved to the United States with his family when he was young, was considered by U.S. authorities as a flight risk as he holds dual citizenship and holds two passports.

According to the Santa Maria Times, the suspect was found and re-arrested on a no-bail arrest warrant on Friday in an undisclosed location in Texas, after an intensive manhunt with the help of the Federal Bureau of Investigation (FBI). Currently in custody in Texas, Decommarmond is reportedly now awaiting extradition to the Santa Barbara County Jail.

Authorities have thus far not released any further details about Decomarmond's attempt to escape justice and whether he was trying to flee the country via the Mexican border.

The Seychelles Ministry of Foreign Affairs has confirmed to SNA that it is aware that a Seychellois national has been arrested by the US authorities in Santa Maria, California on charges of lewd acts with minors.

“The Ministry can confirm that law enforcement authorities are yet to make contact. In light of the ongoing investigation we are not at liberty to make a definitive statement,” in an emailed statement to SNA.

“The Ministry of Foreign Affairs offers consular assistance to all Seychellois nationals abroad in distress, resources permitting. However, Seychelles also firmly believes in the principles of ‘lex terrae’ (law of the land) and in most cases crimes perpetrated by our nationals abroad will be dealt with under the jurisdiction of the host nation.”

The news comes as a new UN report found that around one in ten girls, numbering around 120 million globally, have been raped or sexually assaulted before the age of 20.

The Seychelles police force last week also reported several cases of sexual abuse amongst young children, ranging in age from just 22 months old to 11 years of age. The archipelago's National Council for Children (NCC) has urged all parents to keep their children safe and to be aware of their whereabouts at all times.

Outgoing Israeli ambassador notes that tourist visits to Seychelles are up