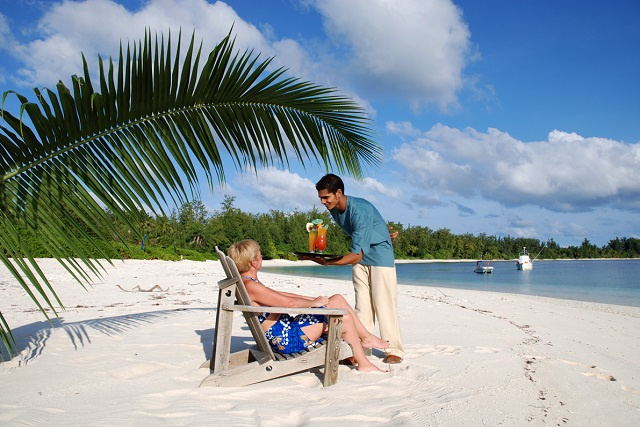 Renewal of GOP for workers currently in the country or overseas, employers may apply directly to the Department of Immigration as long as the post is not on the localised plan. (File photo: Gerard Larose, Seychelles Tourism Board)

(Seychelles News Agency) - Employers of redundant foreign workers in Seychelles have to apply for an extension of their Gainful Occupation Permit (GOP) to cover their stay until they can be repatriated, a top government official said Friday.

The principal immigration officer, Erica Dufrenne, told a press conference that the GOP extension will be applicable until the repatriation of the worker from July 1 to December 30.

"It will cover non-Seychellois workers who have been made redundant or those that have been laid off for a reason or another and would be without legal status in the country until they get a repatriation flight," said Dufrenne.

The extension of the GOP will be free of charge and "employers will have to submit their application and we would do the rest to regularise the legal status of the employee," she added.

Many foreign workers, especially in the tourism sector, lost their jobs due to the economic downturn caused by the COVID-19 pandemic.

According to the Department of Immigration, there are around 5,000 non-Seychellois workers whose GOP will or had terminated within the given period of July 1 to December 30. The application is to be done directly with the immigration department.

"After the extension has been given the employee would have to leave the country as employers will not be able to come back to ask for a renewal of GOP," said Dufrenne.

She added that if these new procedures are not followed the employee will be deported from Seychelles, an archipelago in the western Indian Ocean.

Meanwhile, for the renewal of GOP for workers currently in the country or overseas, employers may apply directly to the Department of Immigration as long as the post is not on the localised plan and the organization is within its quota of non-Seychellois workers.

The director of labour migration, Benilda Cupidon, said that "if the company is above the quota limit, it will be referred to the Employment Department to follow the normal procedures of testing the labour market before approving the GOP."

She added that no labour market test is required until December for organisations operating under the quota.

The employment department said there are around 17,000 expatriate workers in Seychelles, and currently, over 7,000 are abroad.

General » Be a reporter: Write and send your article » Subscribe for news alert
Tags: Gainful Occupation Permit, Department of Immigration

In bid to increase jobs for Seychellois, rules for foreign job permits are tightened