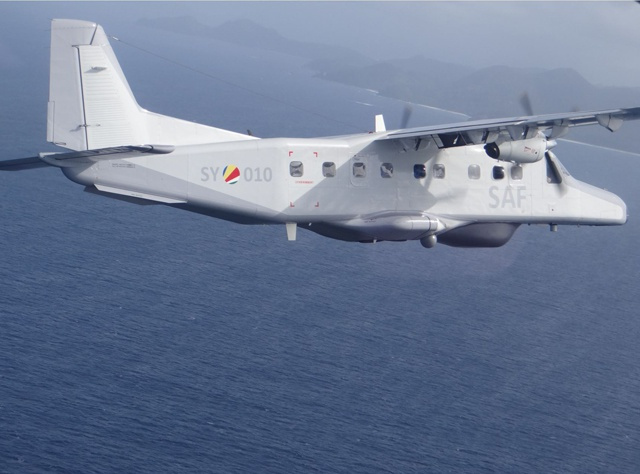 (Seychelles News Agency) - The Seychelles Coast Guard last Wednesday was assisting in the search for an Australian couple after the two sent a distress signal saying that their boat was sinking.

The couple called for help on July 20 and were subsequently sighted in a life raft by a nearby ship, but bad weather prevented a rescue and they have not been seen since, raising fears they may not be found.

The couple, Del and Craig McEwan, was sailing from Tanzania to Seychelles, an archipelago in the western Indian Ocean, as part of their world tour when the distress signal was registered by the Australian Maritime Safety Authority (AMSA).

This is when the Australian authority sought the assistance of a tanker - Atlantic Lily - that was in the vicinity. The couple, at that point, was located 241 nautical miles from Aldabra.

"When the tanker got into the position, they tried on several attempts to rescue the two people who at that point were in a life raft, but due to heavy swells and poor visibility the attempts were unsuccessful," said Wong-Pool.

He added that "following various manoeuvres in the dark, the tanker lost sight of the life raft. The tanker remained in the position and upon sunrise on the 21st, tried again looking for the couple but its efforts were in vain."

A Seychelles Air Force Dornier aircraft was tasked to carry out an aerial search, leaving Mahe last Wednesday at 7 a.m. heading for Astove, where it refuelled and searched the area where the couple was last sighted.

Wong-Pool said the aircraft searched throughout the day on July 22 but did not see anything and stayed overnight on Astove, where it refuelled carried out another search in the area, the next day. Again the two persons were not found.

"Unfortunately, on July 24, the weather was not good for the aircraft to carry out any more searches and it had to be brought back to Mahe as it could not do any more active searches," he added

Wong-Pool said that “communication has been sent to vessels, regional centres and islands surrounding the area, to keep an eye and to inform the Coast Guard on any new development or sightings related to the incident."