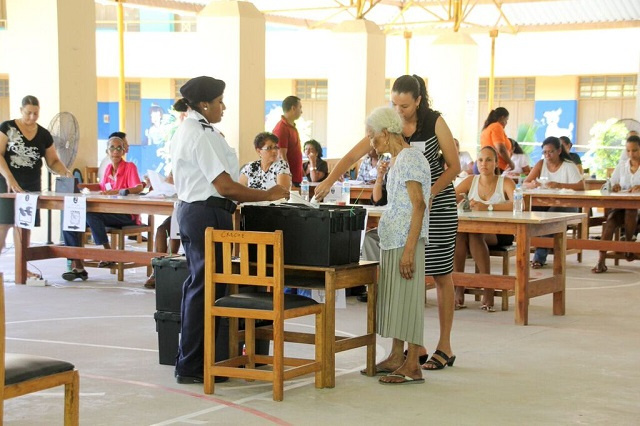 October 22-24 are the provisional dates set for the elections. (File photo: Patrick Joubert)

(Seychelles News Agency) - Opposition parties in Seychelles on Friday said they are ready to contest the presidential and legislative elections at the same time later this year as announced by President Danny Faure a day earlier, though one leader expressed mild criticism of the decision.

Roger Mancienne, the leader of Linyon Demokratik Seselwa (LDS) -- the opposition coalition — said that LDS is ready to contest both elections to give the people of Seychelles a clear choice of leadership.

Mancienne said, however, that LDS considers the decision by President Faure to dissolve the National Assembly as ill-advised, putting politics before the country.

"Article 110 of the Constitution makes clear that the President may dissolve the Assembly if he considers this to be in the national interest. In the present circumstances, it is our view that dissolution does not serve this intent," he said.

Mancienne added that "at a time when we are facing the crisis caused by COVID-19, it is a significant risk for the Assembly not to be functioning, because there may be a need for urgent legislation. The dissolution diminishes the capacity of our government to respond to a possible urgency."

Meanwhile, the secretary general of Lalyans Seselwa, Daniel Cesar, told SNA that the party has been preparing well ahead for this moment which they saw coming given the current situation of the country's economy severely affected by COVID-19.

"This is why we have not gone forward and were delaying a little bit to announce our candidate. We are waiting for our convention to present our full team that will represent the people of Seychelles," said Cesar.

Lalyans Seselwa was formed in 2015 to contest the presidential elections and after the victory of the ruling party, joined the main opposition coalition, Linyon Demokratik Seselwa (LDS), to contest the legislative elections. LDS won the majority of seats -- 19 out of the 33 in 2016 but Lalyans Seselwa broke away from LDS in February 2018.

Alain St Ange, the presidential candidate of One Seychelles, a newly registered party, told SNA on Thursday that his party is ready to vie for both elections taking place this year.

The Electoral Commission of Seychelles, a group of 115 islands in the western Indian Ocean, had set provisionally October 22-24 for the presidential elections. The Commission confirmed in a communique on Friday the presidential and National Assembly elections will be held together.