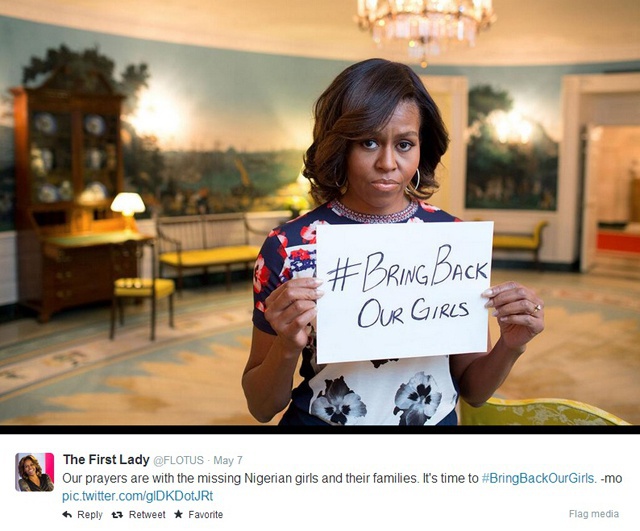 (Seychelles News Agency) - The Seychelles National Assembly has declared its commitment to support the ‘Bring back our Girls' campaign as part of international efforts to free over 200 young girls in Nigeria aged between 15 to 18 years, who were kidnapped by Militant Islamist group Boko Haram in April this year.

The archipelago’s National Assembly unanimously backed a motion to that regards tabled by the elected member for the Roche Caiman district on the eastern coast of the Seychelles main island of Mahé, Jeovana Charles, who also chairs the Association of Women Parliamentarians.

According to an article published today in daily newspaper Seychelles Nation, Charles’ motion followed her participation at the ‘Women in parliament summit’ held recently in Rwanda which called on parliaments around the world to support the Bring back our girls campaign.

Women Parliamentarians from 51 countries attending the summit, requested support for the Nigerian girls, and strongly condoned any violent acts towards them.

Also discussed at the summit were difficulties being faced by young girls and women around the world.

According to the article Charles pointed out that the ‘Bring back our Girls’ campaign, which has received support from numerous countries, organizations and individuals, is not simply a slogan but an obligation, as the Nigerian Government is facing a dilemma.

She highlighted that it was necessary for everyone to support the girls’ parents in Nigeria, to help in ensuring that their young children are brought back home safely.

She added that many parents in Nigeria are now afraid to send their young daughters to school, while the key to stopping violence and poverty and to bring about change is through education.

Other than making an appeal to the international community to keep its engagement vis-à-vis the situation in Nigeria, Charles also called on all Seychellois to join forces with ‘Women in Parliament’, to condone all forms of violence towards women and children in the world.

According to the article in Seychelles Nation members of the archipelago’s National Assembly who spoke in favour of the motion expressed concern that no one knows the fate of the girls and that they could fall victim to all sorts of abuse and human trafficking or even into slavery and forced marriages.

They also asked that Seychelles take all necessary measures to ensure that extremists groups like Boko Haram, kidnapping and violence of this magnitude do not reach the shores of the Indian Ocean island nation.

It was on April 14 that some 200 Boko Haram adherents took advantage of the lethargy within the Nigerian security establishment and raided the Government Girls School in the town of Chibok in Borno State northwestern Nigeria and abducted some 329 girls.

They reportedly split them into four groups to frustrate all tracking attempts and disappeared with the girls into their main hideout the Sambisa Forest which borders Nigeria and Cameroon. -

While some girls managed to escape from Boko Haram’s captivity, some 276 girls are still missing.

A concerted public demonstration by Nigerian mothers waving placards in Abuja under the banner Bring Back Our Girls gained immense success and spilled over into the social media. The campaign has now become the new vogue in Twitter with global leaders such as UK Prime Minister David Cameron joining the First Lady of the United States Michelle Obama in posing with the #BringBackOurGirls poster.

This campaign has not only raised the profile of the plight of the abducted girls but it has also exposed weaknesses within the Nigerian security establishment.