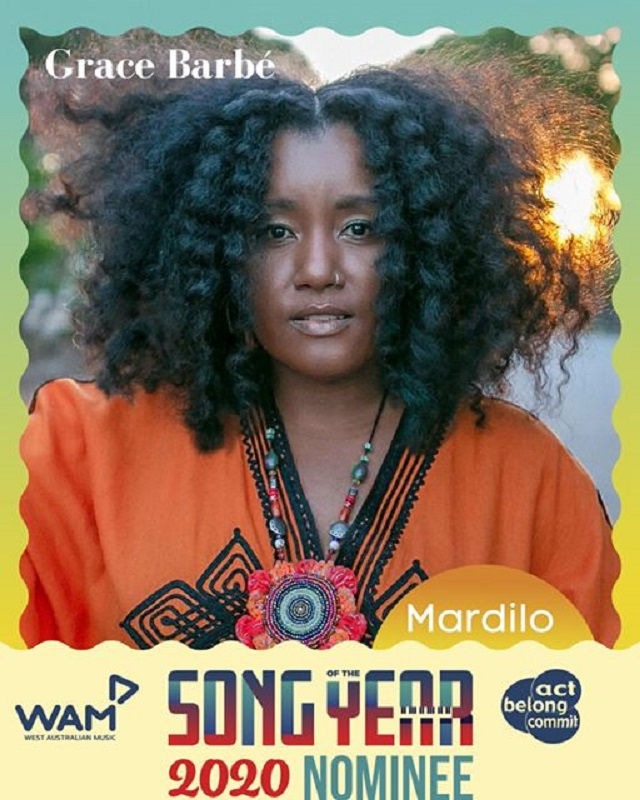 Barbé won the award with her version of a traditional Creole song, Mardilo. (Grace Barbé)

(Seychelles News Agency) - Grace Barbé, a Seychellois artist living in Australia, has clinched the award for the global category at the recent West Australia Music Award 2020.

Barbé won the award with her version of a traditional Creole song, Mardilo, on July 29, during the prestigious award which was done virtually this year because of COVID-19.

First established in 1989, West Australia Music (WAM) song of the year is an annual competition promoting the talented, original song-writing of West Australian artists who embrace contemporary music of all genres, levels and ages.

Barbé told SNA that she wanted to showcase the rich and deep culture of Seychelles, an archipelago in the western Indian Ocean, through her version of Mardilo. She heard the song for the first time some years ago, on one of her visits to La Digue, the third-most populate island, performed by a traditional group, 'Masezarin'.

"I felt an immediate connection to the song which pays tribute to my culture and tradition, and our rich and deep history. It's a song that means a lot to me," said Barbé.

She added that winning in the Global Category is a culmination of 20 years of perseverance, hard work and consistency and a recognition of her roots and culture.

"So many talented artists with various cultural backgrounds are nominated for the award so you really need to prove yourself as an artist. So, this award is a tribute, recognition and acknowledgement of my Seychellois culture and my roots and I am proud of this achievement," she told SNA.

"I have been in the industry for 20 years and it took that long for people here to understand how deep and rich our culture is and I am proud I could convey this through the song Mardilo," she said.

The award is Barbé's 10th accolade in her 20-year musical career. She has won seven 'Best World Act' and two 'Song of the Year' Awards from West Australian Music.

Grace Barbe, born on Mahe, Seychelles' main island, moved permanently to Australia at 16 where she started off performing for the Seychellois community living in Perth.

She released her debut album "Kreol Daughter" in 2008 followed by  'Welele' in 2013. Her latest album FANM (WOMAN) was released in July last year and celebrated women's contributions worldwide.

Barbé sings in Creole, English, French and Malagasy and her music fuses the tropical rhythms and dances of the slaves with psychedelic rock, afrobeat, reggae and pop.