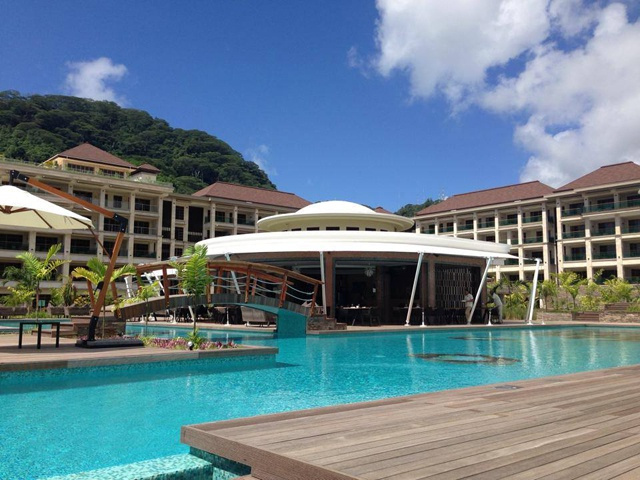 The Eastern European Engineering, a company registered in Seychelles hired Vijay to carry out construction work for Savoy Hotel in 2011. (File photo: Savoy Resort and Spa)

(Seychelles News Agency) - The Seychelles' Supreme Court on Friday dismissed two applications made by the Vijay Construction company in the case versus the owner of Savoy Resort and Spa.

The applications brought forth on Monday by the lawyer of Vijay Construction, Bernard Georges, was partly asking the Supreme Court for 'leave' to appeal against the condition that the court had imposed to the Court of Appeal.

Justice Ellen Carolus who is presiding over the case dismissed the applications saying that the Supreme Court no longer has jurisdiction to consider them given that it was submitted after the date given to produce the guarantee before the court.

The lawyers of both parties gave no comment on the dismissal of the applications.

According to the ruling of June 30 by Justice Carolus, Vijay Construction was to pay EEEL a little over €16.6 million in line with a UK court order from 2015 as well as €3.56 million in interest.

The Eastern European Engineering, a company registered in Seychelles and a subsidiary of holding company Guta group with headquarters in Russia, hired Vijay to carry out construction work for Savoy Hotel in 2011 through six contracts. All of the contracts had similar arbitration clauses, which provided that any dispute, disagreement or claim would be settled by arbitration in Paris.