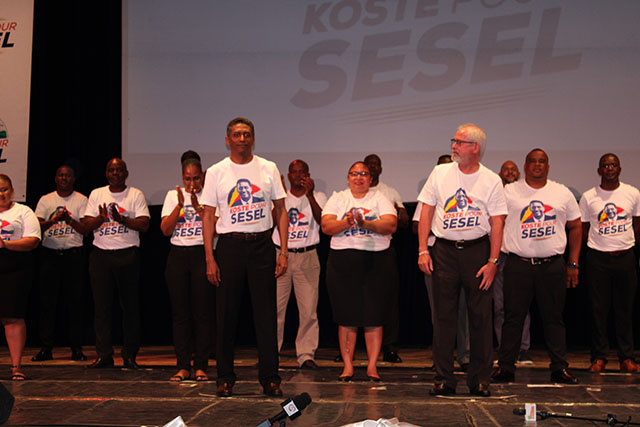 (Seychelles News Agency) - United Seychelles, the country's ruling party, endorsed on Saturday its 26 candidates who will stand in the upcoming legislative elections scheduled for October 22-24.

At the launch event party leader Vincent Meriton said that United Seychelles' candidates understand the severity and magnitude of the economic problems Seychelles is facing due to the tourism slow-down associated with COVID-19.

"They would be able to spread the message of unity that their presidential candidate is campaigning for. It is not the time for political rallies, confrontations and partisan politics. It is time to come together and save our beloved country," he said.

Meriton said the party fully supports its presidential candidate's call for a government of national unity.

"As a political force, our party has always defended the country's interest and that of its people and it's our duty to do so. Today more than ever there is a need to reinforce national unity. It will be difficult to face the challenges brought about by COVID-19 without national unity," he said.

For his part, the presidential candidate, Danny Faure, called on voters to make a wise choice and not to elect a government and National Assembly which focuses on partisan politics and continues to divide the country.

He warned against allowing extremism and radical stances by certain political leaders, which he said threaten to destabilise the country's politics and harmony.

"For the past four years, we heard the same words on our radio and television. I call on our candidates to speak a different language, a positive one. One that is based on love, sharing, solidarity, peace and unity," said Faure.

The United Seychelles candidates comprise 10 women and 16 men. Six candidates are standing for a second term while the others are newcomers.

So far three parties have expressed their intention to stand in the upcoming legislative elections.

Another opposition party contesting the elections for the first time is One Seychelles which revealed its three candidates on Friday for Praslin and La Digue, the second- and third-most populated islands of Seychelles, an archipelago in the western Indian Ocean.

The Electoral Commission has set September 18 as the Nomination Day for parliamentary candidates.