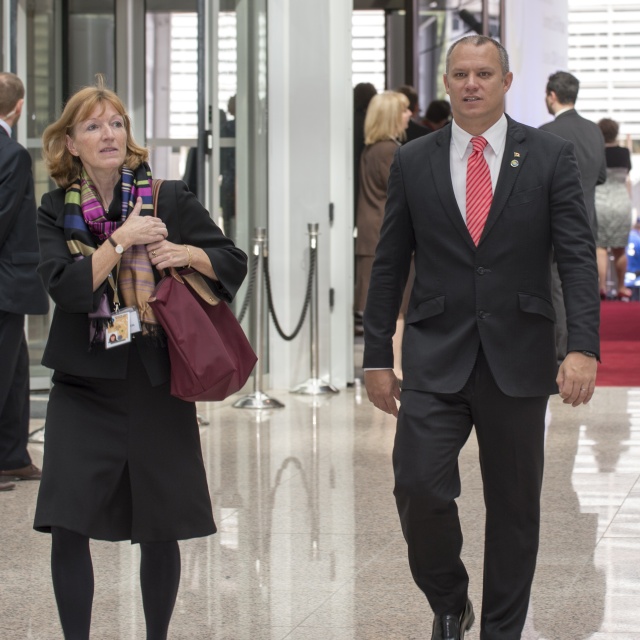 (Seychelles News Agency) - The 2014 EU - Africa summit kicks off today in Brussels, bringing together Heads of States and Heads of Government from Africa and Europe, as well as representatives of European Union and African Union institutions.

The Seychelles President James Michel is not attending, and will be represented by his foreign minister Jean-Paul Adam at this two day meeting, according to the Office of the President.

“The President regrets that he could not attend the summit personally due to national commitments, but the President has designated his Foreign Minister to represent him and deliver a message of support to the strategic partnership between Africa and Europe,” the Seychelles presidential spokesperson Srdjana Janosevic told SNA.

"Investing in People, Prosperity and Peace" is the theme chosen for the 2014 edition of the EU – Africa Summit.

The African and European leaders will be discussing various topics including education and training, women and youth, migration between both continents, job creation, trade, peace and security.

One notable absence at the summit is that of the South African President Jacob Zuma who personally confirmed that he will not be going to Brussels in a statement issued to the South African Broadcasting Corporation (SABC).

“I think that time must pass wherein we are looked on as subjects, we are told who must come, who must not,” Zuma told SABC.

Zuma's decision is in solidarity with Zimbabwean President Robert Mugabe who is boycotting the summit, despite recent efforts to improve ties with the European Union.

Mugabe’s stance is in reaction to EU’s decision not to grant his wife a visa to travel with him to Belgium.

A visa ban on Mugabe and his wife is still in force despite EU’s decision to relax political sanctions against Zimbabwe’s government earlier this year.

The Brussels meeting is the fourth EU-Africa summit. The first was held in Cairo in 2000, followed by Lisbon in 2007 and Tripoli in 2010.