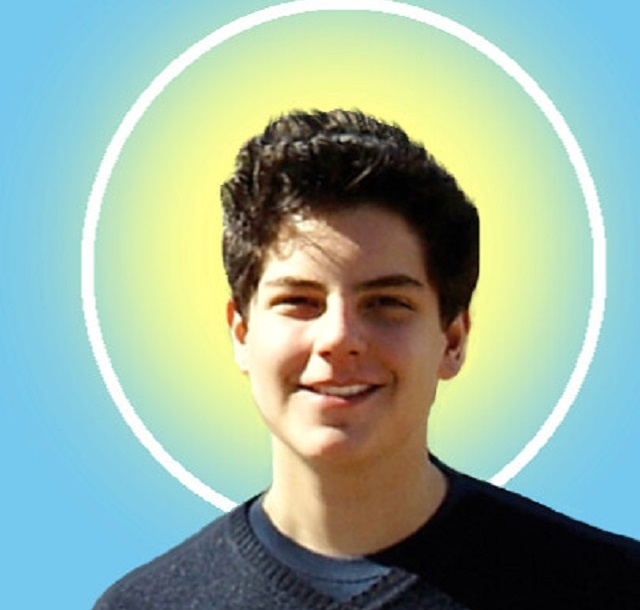 The calls for him to be beatified began not long after he died and gained significant momentum in 2013 when he became titled as a Servant of God. (Philip K/Flickr)

An international exhibition of Eucharistic Miracles will be unveiled in Seychelles’ St. Michael’s parish at Anse Aux Pins, on September 13. The travelling exhibition is in honour of the late Italian teenager Carlo Acutis, who will be beatified in the Catholic Church in October.
Acutis researched, documented and put together the exhibition of the Eucharistic Miracles before passing away in 2006 from leukaemia at the age 15.

St. Micheal’s parish priest Lonnie Adrienne said in a press release that the idea for the island nation to host the exhibition was initiated nine months ago.

“When Father James Manjackel (from Germany) was here in Seychelles in January, he spoke of the 153 places in the world where Jesus had manifested to us in the Eucharist, to let us know that he is real and ever-present in the Consecrated Host,” said Adrienne.

Adrienne added that “young Carlo Acutis who will be beatified on the 10th of October 2020, before departing for the Father’s Kingdom at the age of 15, he had researched and put together these Eucharistic Miracles in an exhibition which we would like to share with you, the people of Seychelles.”

Seychelles -- 115 islands in the western Indian Ocean -- is the second country in the region, after Mauritius, to host the travelling exhibition, which has been through dozens of countries on five different continents.
Jane Stravens, a member of the organising committee for the exhibition, said on Sunday that the launching on September 13, will be done during the 9 a.m. mass.
“Father Lonnie and the congregation will be celebrating the servant of God, Carlo Acutis. Our children doing their confirmation this year, together with the Kids for Christ and Youth for Christ, will be animating the holy mass on that day. The mass will be followed by the opening of the exhibition,” said Stravens.

Stravens added that the exhibition will be open for a month, and said the displays will be in the form of posters.

Acutis is remembered for his cheerfulness and for his computer skills as well as for his deep devotion to the Eucharist which became a core theme of his life.

The calls for him to be beatified began not long after he died and gained significant momentum in 2013 when he became titled as a Servant of God - the first stage on the path towards sainthood.

Pope Francis declared him to be Venerable on July 5, 2018. The same pope approved a miracle attributed to him which enables Acutis to be beatified. Through his interception, many miracles had happened and for his beatification, he had cured a Brazilian boy who invoked him.

Acutis will be beatified at the Papal Basilica of St. Francis of Assisi in Italy on Saturday, October 10. The live ceremony will be projected at the St Micheal church at four - local time - in the afternoon.
General » Be a reporter: Write and send your article » Subscribe for news alert
Tags: Catholic Church, Eucharistic Miracles, Carlo Acutis