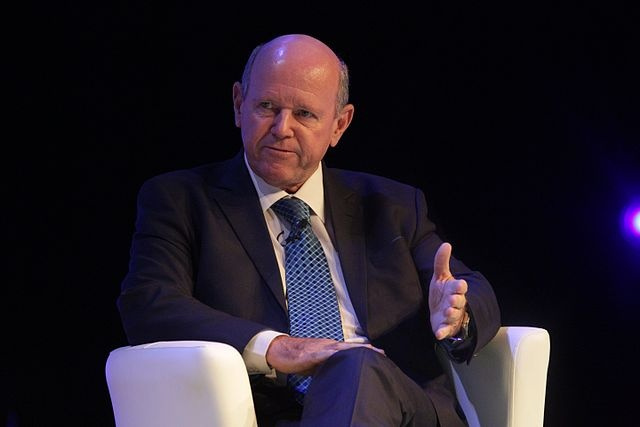 St Ange said needs to be done as a country is to transform the tourism sector, putting it abreast with the current era. ((World Travel & Tourism Council, Wikipedia) Photo License: CC BY 2.0

(Seychelles News Agency) - With Seychelles – 115 islands in the western Indian Ocean - gearing up for its presidential and legislative elections from October 22-24, SNA is talking to the island nation's political leaders and presidential candidates about their campaigns, their plans as well as their take on pertinent issues in the country.

Another interview in the series is with Alain St Ange, the leader of the party One Seychelles, who fervently emphasised his desire to establish a technocratic government that bridges the gap between the haves and have-nots, and a need to redefine the term family.

SNA: What are some of the first things that you will tackle if you win the election?

I do not believe in the reintroduction of price control given that we have forged our way into a liberal market. We do not want to lock heads with private merchants, but we want to use what we have at our disposal to tackle this issue. The Seychelles Trading Company (STC) plays a pivotal role in the fight against the increase in the cost of living. The government has already removed duty on 30 basic commodities. Nevertheless, we feel that this does not suffix and should be raised to 100 instead.

Additionally, we would need to relook at the way STC is functioning. The organisation cannot afford to be doing business with a middleman. It needs to go directly to the producer of the commodity. That said, many products such as rice and sugar can be sourced in the region. And we should not be looking further than in Mauritius and Madagascar – two islands of the Indian Ocean.

Another point of paramount importance, obviously, now that we are in a period of COVID-19, is how to redress the economy. Seychelles needs to come up with a solution to address damages caused by the pandemic. The economy is suffocating, people are losing their jobs, and allowances are being cut down. This is having a direct social impact on families, especially those already struggling laboriously to make ends meet.

SNA: On that very note, Seychelles has been hit hard with COVID-19 and the tourism industry, the top pillar of the economy, has been most affected. Should we continuously rely on tourism or does it call for a remodelling of the economy?

A.S-A: Considerably, we can have a 360-degree turn with the economy, but the only thing that is going to change it for the better, tomorrow morning, is the tourism sector. Let us not kid ourselves that we would wake up tomorrow thinking that we can completely redesign the economy without putting tourism as a priority. It is what we have to offer as an island nation to give us the dollars we need to sustain the economy.

What we need to do as a country is to transform the tourism sector, putting it abreast with the current era we are living in today. At the same time, we need to hold in hand both the fishing and agricultural industry to maintain food security.

For the first year that we will be in power, One Seychelles will make sure that we have our tuna fishing vessel flying the island nation's flag. We want the private sector to take ownership of this. Let us not forget that one factor causing the biggest loss of foreign exchange in the country is tuna being caught in our waters, then sold back to us in foreign currency. At the same time, Seychelles has signed an agreement with the European Union, which allows them to fish in our waters. We need to review this agreement extensively for us to get a better deal.

SNA: As a political figure, you have gained experience working with both the opposition and the executive. How would this experience help you as someone aspiring to lead Seychelles?

A.SA: One Seychelles will be made up of technocrats rather than politicians. Indeed, it is all about finding the best person for the job without looking at their political affiliation.

Is the experience of playing on both political spectrums helping me out in my political endeavours? Yes. This is because today I can sit down and talk to any technocrats in any political party. This will obviate the division and polarized approach to politics that have long been in existence in Seychelles.

SNA: Are you prepared to join another party in the coalition if the presidential election extends to a second round?

A.SA: I take this as a tricky question. I am asked this question whenever I am doing my door-to-door visits. Our main objective is to work toward pushing the presidential election into a second round. But I will not be joining the current party in power. Other than that, I am prepared to welcome any other party in coalition to remove the status quo.

SNA: Let us talk about a pertinent issue raised a lot by voters and this is with regards to the point system being used to allocate houses and land. Some people feel that they are at a disadvantage because of the system. If you were to propose another system, what would it be and how would it function?

A.SA: Access to housing is a right given to a citizen under the Constitution of Seychelles. We cannot put our people in an obstacle race to be allocated a house. There are different ways for us to raise the housing stock that we need in Seychelles. One of them is that we have 115 islands and we should start thinking about the possibility of using some of these lands for housing development.

SNA: We are living in a world where people are seeking to be accepted for who they are and to be treated equally. In Seychelles, there is still a part of the community that feels they are not fully living the life that they want and this is the gay community. What will be your approach to this subject?

A.SA: Our party has made it clear that we have to respect everybody. Despite your political, religious, or sexual preferences there is a place for you in Seychelles. We have already made a step in the right direction by decriminalizing sodomy.

However, I firmly believe that such a topic deserves a national debate. We need to review our laws, amend them where necessary to ensure that everybody gets equal rights. If need be, we need to redefine the term family.

SNA: How are you going to deal with the drug situation in Seychelles?

A.SA: Right away if we want to remove the consumption of hard drugs like heroin and cocaine among addicts in the country, we need to legalise the use of cannabis. Today marijuana is being smoked by lawyers, doctors, and high officials as well. This is a natural plant and I believe it can prevent people from doing hard drugs.

While it's practically impossible to prevent anyone and everyone from using illicit drugs, there are things we can all do to avoid drugs and its trade in the country. Many drug dealers are laundering money to purchase assets. This is why I say that we need to urge government officials to declare their assets.

Perhaps the most effective way to deal with the issue of illicit drugs is to target the drug barons or what we like to call the big fish.

SNA: According to statistics from the Department of Employment around 6, 000 youths are not interested in seeking employment. What programme do you intend to put in place that will entice the youth into employment?

A.SA: This is one of the biggest failures in the country. We send people for specific training, then we do not place them in the right job. Consequently, some young graduates are being told that they do not have the experience. All these would need to be addressed by our government.

It is unacceptable that we have qualified Seychellois for the job, yet we are seeking to employ foreigners. Then again, if we are talking about prioritizing employment for Seychellois, we need to operate differently as opposed to the current government, which are still bulking its administration with foreign workers. I am pretty sure that it will cost the government less to employ a qualified Seychellois than a foreigner.

SNA: Many of the hardest decisions in the State House will perhaps not be entirely based on consensus. It will need you to be prompt, bold and decisive. What will inform your decision making?

A.SA: That will be based purely on the voice of the people. It will depend on the different obstacles that the people are facing in their daily lives. We would take their challenges and turn it into the agenda of our political party – One Seychelles.

I will not just be a president that will sit at the State House. Firstly, I have said that I will appoint a minister for Praslin and La Digue, the second and third most populated island. Our cabinet of ministers will convene every month to discuss pertinent issues faced by the two islands.

SNA: Seychelles is now divided politically. How would you create a unified Seychelles after the election?

A.SA: Interestingly, to have a unified Seychelles, we need to look at the outset of the national assembly. We cannot continuously have a political party which has a crushing majority over the other. The country has been embroiled in partisan politics. As voters, we need to change that if we want to unify and work together. We need a third force as a kingpin to balance things and to be a voice for those that feel that they are not being represented.

I will stress again on building a technocrat government, which will always be ready to work for anyone that seeks the service of the public sector.

Last but not least, we cannot talk about unification of the country if we do not intensify effort to reduce the huge disparity between those that have and those that are more vulnerable.

The Interview » Be a reporter: Write and send your article » Subscribe for news alert
Tags: One Seychelles, Constitution of Seychelles