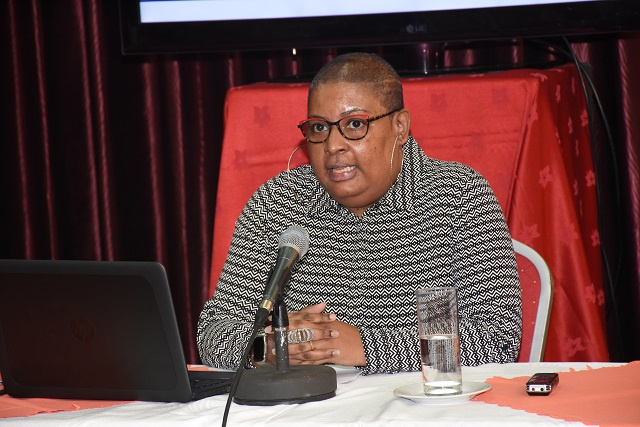 Abel also explained that the demand for forex is still on the rise compared to what is being sold in banks, leading to the continuous depreciation of the rupee. (Seychelles Nation)

(Seychelles News Agency) - The governor of the Central Bank of Seychelles (CBS) on Monday issued a stern warning against speculating trades on the foreign exchange rate.

Caroline Abel spoke at the bank's press conference on Monday to provide an update on the island nation's foreign exchange reserves policy and strategy. She said that it was important to understand the implications of such speculations on the foreign exchange market.

"During the last couple of weeks, the Central Bank has received several phone calls where people working with a tourism delegation, telling us that there is an agreement that when they get their payment the Central Bank will buy the dollars, and the sale of this will be at a rate of 24 rupees," explained Abel.

The governor said that it is crucial to address this speculation, which is dangerous if it becomes a reality. Abel explained that her institution is mandated in ensuring stability in the foreign exchange rate and the island nation's economy.

The head of the Central Bank added that the bank even if it is called a bank is not mandated to enter into such transactions as the buying and sale of foreign currencies is done at commercial banks and money changers.

Abel also explained that the demand for forex is still on the rise compared to what is being sold in banks, leading to the continuous depreciation of the rupee. This will lead to only one thing and that is the rising cost of commodities.

The CBS also presented the latest information with regards to the relief scheme to sustain the economy and the enterprises of all sizes being affected.

Abel explained that $7 million has been disbursed to date to assist these businesses. According to the governor, this is the first time in its history, CBS has come up with such a scheme.

Statistics released showed that businesses in transportation, trade and tourism have been the most affected by the impact of COVID-19 in Seychelles – 115 islands in the western Indian Ocean.

The country's reserves stand at $438 million, to be spent over eighteen months as stated in April this year. Abel said that the CBS will continue to monitor recent developments and external factors related to oil and food prices, European Union travel policies and implications, COVID-19 externalities as well as social instability events.

The Central Bank of Seychelles is maintaining and issuing key messages and urges all to take note that the economic environment is in transition, to take note of the alignment of expectations and policy orientation for 2021 and beyond and the need for collective responsibility, accountability and sharing of losses for a new sustainable economic landscape.