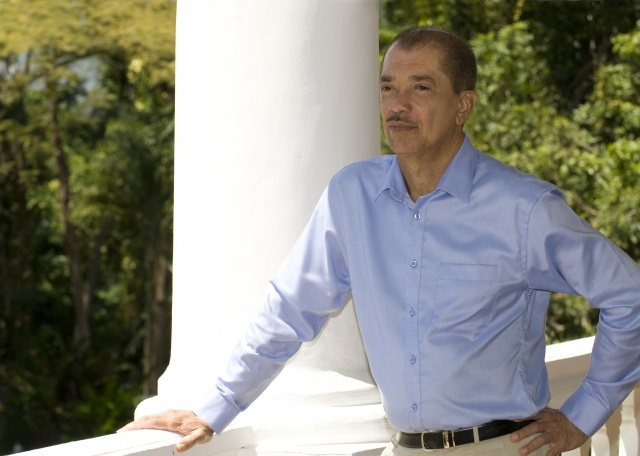 Michel said that after voluntarily relinquishing the presidency, he made the decision not to interfere and participate in any manner whatsoever in affairs of state and party politics. (File photo: Riccardo Roccardi)

After performing one of his songs during the LDS convention on Saturday, popular Seychellois artist Despilly William told the presidential candidate of LDS, Wavel Ramkalawan, that in a private conversation Michel the former president said he will support Ramkalawan.

In a statement on Monday, Michel said, "I have not made, nor wish to make, any commitment to any political party in Seychelles as I would not wish, in any manner, to influence the outcome of the forthcoming elections."

Michel added that after voluntarily relinquishing the presidency on October 16, 2016, he made the decision not to interfere and participate in any manner whatsoever in affairs of state and party politics.

"I have consistently maintained this position as a matter of principle, including not affiliating myself with any political party," he said.

The former president confirmed that he had a private telephone conversation with William, who is an acquaintance of many years but that his vote as a private citizen "will depend on my personal choice and is a private matter."

LDS party leader Roger Mancienne said that "James Michel is a now private citizen although as former President, his words will cause more interest and curiosity than those of other persons. As a Seychelles citizen, he is entitled to his personal opinion on our political situation."

Mancienne added that the announcement of William "does not in any way change or influence our campaign or our policies. It does not mean any association with Mr. Michel or others close to him."

Meanwhile, the United Seychelles party, previously Parti Lepep, under which former President Michel was elected said that it is important that "we do not let ourselves get distracted, instead we focus on what is really important."

United Seychelles added that at this point in time "we should concentrate on making a decision on which candidate we are convinced is best to lead the country and on the plan for our future."

The party called on its supporters to remain calm and respect other people's opinion but stay firm on their own conviction.

Presidential and National Assembly elections in Seychelles, an archipelago in the western Indian Ocean, will take place October 22-24.