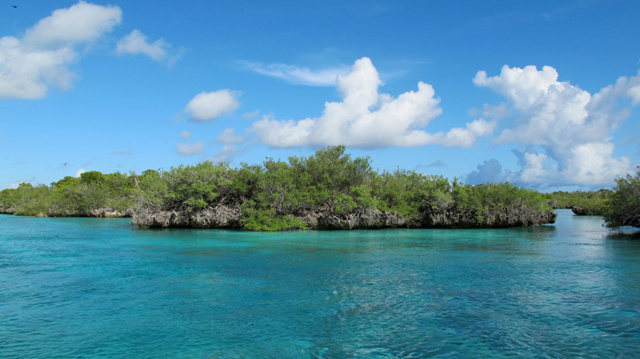 Dogley said SIF is delighted that Aldabra is being featured as a key case study and it will allow them to share lessons learnt and best practices. (Seychelles News Agency)

Frauke Fleischer-Dogley, the chief executive of the Seychelles Islands Foundation (SIF) which manages the site said, "We are delighted that Aldabra is being featured as a key case study and it will allow us to share our lessons learnt and best practices within a network of sites and outstand our universal value."

The new framework which has been applied to seven World Heritage Sites covers data collection and reporting on invasive alien species pathways. This includes the presence, impacts, management, predicting future threats and management needs, identifying gaps and assigning an overall 'threat score' to the protected area.

A co-author, David Richardson, said that World Heritage Sites face growing threats from a range of biological invasions which impact native biodiversity and the delivery of ecosystem services.

"One key element of the new framework is listing all invasive alien species present where we can track the changes in threat or implementation of effective management over time," added Richardson.

SIF's director of research and conservation, Nancy Bunbury said, "UNESCO World Heritage Sites are areas of outstanding universal value and conservation importance to humanity. However, they are threatened by a variety of global change drivers, including biological invasions from a range of terrestrial, freshwater and marine species.

She added that those sites were ideal test sites for the reporting framework but it is applicable to all protected areas and "we hope will become a standardised tool for assessing invasive alien species impacts and management globally."

Fleischer-Dogley said that generally resources to manage protected areas are scare and therefore to be able to maintain the outstanding universal of World Heritage sites requires effective management and cost-efficient eradication and control of invasive alien species.

"Humanity accepted these sites as gifts and by doing so accepted universal responsibility to look after them. This also means making the necessary resources available," she added.

She added that there has been a decrease in the number of invasive alien species listed due to effective eradication, highlighting management success at the site over the last few years."

Aldabra, one of the most distant islands of the Seychelles archipelago in the western Indian Ocean, is home to the endemic giant tortoise, the frigate birds, tropicbirds and the red-footed booby among other species.