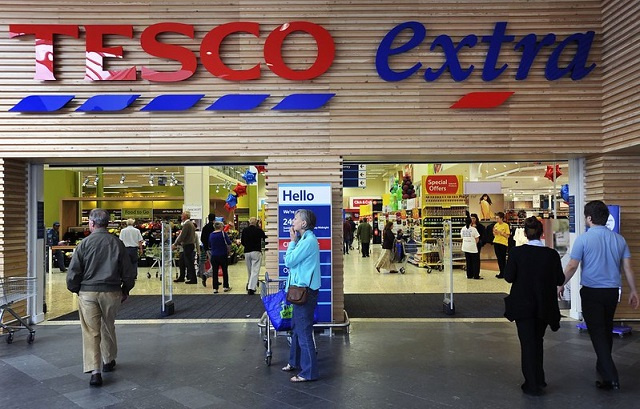 In a blog on their website, Tesco stated that tuna presents one of the biggest challenges in terms of sustainability. (Tesco PLC/Flickr) Photo License: CC BY-NC-SA 2.0

(Seychelles News Agency) - The British supermarket chain Tesco has threatened to stop sourcing yellowfin tuna and billfish from the Indian Ocean due to failures to manage the overfished stock in the region.

To prevent this from happening, the Indian Ocean Tuna Commission (IOTC), of which Seychelles is a member country, needs to adopt a recovery plan for rebuilding stocks in their next meeting, the supermarket chain said.

In a blog on their website, Tesco stated that tuna presents one of the biggest challenges in terms of sustainability. Within the chain, yellowfin is sold as frozen or chilled steaks whereas skipjack goes into cans and sandwiches.

"IOTC's existing fishery management practices have proved ineffective and robust recovery plans have not been set. Without these, declining tuna populations threaten to impact the entire marine ecosystem. Should the member states at the meeting fail to agree a credible and effective recovery plan to rebuild the population within two generations, Tesco will stop sourcing tuna and billfish from the Indian Ocean for our Own Brand supply until such a plan is adopted," the blog reads.

Nirmal Jivan Shah, the chief executive of Nature Seychelles, told SNA on Friday that the key issue is if other companies follow with similar threats and what effects that would have on the Seychelles' economy. Fisheries is the second economic pillar of the island nation in the western Indian Ocean.

"The supermarket giant belongs to the Global Tuna Alliance, a group of retailers and tuna supply chain companies established to ensure that the tuna sold ultimately meets the highest standards of environmental performance and social responsibility. If other members who source from the purse seining fleet in the Western Indian Ocean take similar action, which I believe they will, what impact will this have on the economy of Seychelles?" asked Jivan Shah.

He said that the market is responding to all the negative news surrounding tuna fishing in the Indian Ocean including the recent report from the United States highlighting slavery or forced labour in Chinese and Taiwanese longline tuna boats in the Indian Ocean.

The executive secretary of the IOTC, Christopher O'Brien, told SNA on Friday that "a message from Tesco was received at the Secretariat on 3 March and passed on to the IOTC Members. The message from Tesco is not currently on the agenda of the Commission meeting that will take place in November."

The next IOTC meeting will be held by video conference from November 2 to 6. During the 24th session, different committees of the commission will be presenting their reports and conservation and management measures will be looked at.

The Seychelles principal secretary for fisheries, Jude Talma, told SNA that every year, when there is the IOTC meeting, there are always non-governmental organisations or supermarket chains that make such statements.

"I think they do this so as to put pressure on IOTC to make better decisions in regards to the sustainability of tuna in the region, which I think is good. This decision is taken jointly with the member countries of the commission. Though I cannot say what the outcome will be, there will be a review of the tuna quota allocation that is made," said Talma.

He added that should Tesco goes through with the threat, "there will be a reduction in the number of fish that IOT (Indian Ocean Tuna Limited) sells to Tesco as the supermarket chain buys canned tuna from IOT. However, IOT has other markets that it can promote so as to be able to sell their tuna."

The three main European export markets of IOT -- a canning factory in Seychelles -- are the United Kingdom, France and Italy.