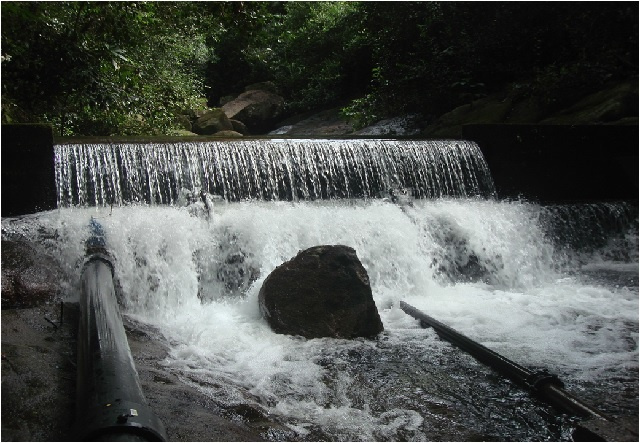 The Grand Anse dam will hold around 850,000 cubic metres of water, with a daily yield of 9,600 cubic metres. (Public Utilities Corporation)

(Seychelles News Agency) - The Seychelles' environment department is in the process of finalising a feasibility report and detailed design of a new dam to be built in Grand Anse Mahe district, a top official said on Wednesday.

The principal secretary for environment, Alain Decommarmond, said that the report will have to undergo a public inspection for two weeks.

The study was commissioned in 2017 by the company overseeing the project in Seychelles -- the Public Utilities Corporation (PUC).

Last year, an Italian-based company, Studio Pietrangeli, specialising in dam and hydropower engineering and design conducted a comprehensive feasibility study at the site, which spanned over four months.

In a recent interview with SNA, the contract manager of PUC, Steve Mussard, said that "this is quite significant because today with a small treatment plant at Grand Anse Mahe, we are producing, 3,000 cubic metres per day. So the dam will greatly increase capacity for the entire western and southern regions."

Water scarcity, a worldwide phenomenon, is not uncommon in Seychelles, a group of 115 islands in the western Indian Ocean with a population of 96,000. It is more evident during the dry season when the southeast trade winds kick in, from May till September.

This is the third feasibility study for the construction of a dam in the Grand Anse Mahe district. The first dates back to 1972. The second one was commissioned in 1991 and undertaken by GIBB -- a Mauritius-based consultancy.

"Although we are referring to the GIBB report, we have to carry out a new study because of the time that has elapsed. We need to have a new geotechnical study to compare with past observations and findings and then finalize the report," said Mussard.

The dam is a major part of Seychelles' major infrastructure initiatives. It was initiated to help the island nation with water security at a time of rising visits from tourists

In 2017, PUC produced 14.6 billion litres of water and during the dry season, where rainfall is limited, the company compensates by producing more than one-third of water through desalination plants.