A Union made in paradise! American actress Gabrielle Union says goodbye to Seychelles in last leg of honeymoon trip 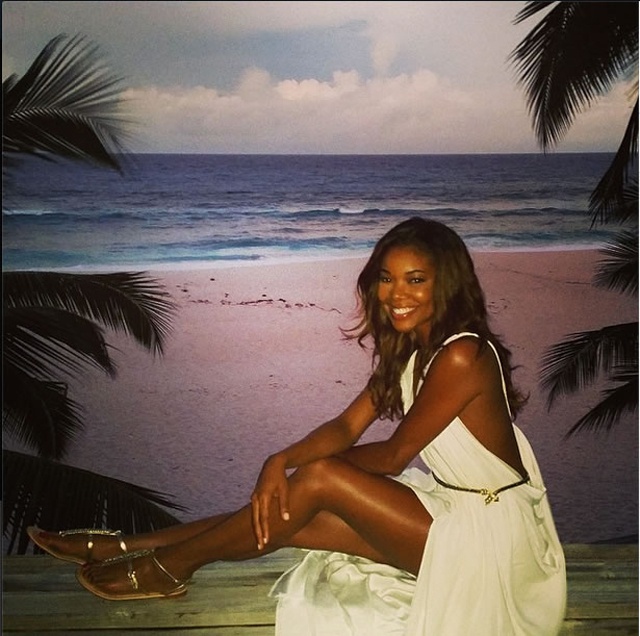 So long Seychelles!!! The last and final leg of our honeymoon adventure... #NorthIsland #Villa11. posted by Gabrielle Union on Instagram. www.instagram.com/gabunion

(Seychelles News Agency) - American actress and former model Gabrielle Union has said farewell to the Seychelles after making the private island resort of North Island her “home away from home” for the final leg of her exotic honeymoon.

Union, who is well-known for roles in films such as Bring It On, Bad Boys II and Tyler Perry’s Good Deeds, married NBA player Dwayne Wade on August 30, and the couple have spent almost three weeks in exotic locations, first stopping in the Maldives, then going on safari and mingling with the Masai on the plains of the Serengeti in Tanzania.

The final leg of the honeymoon was spent at North Island resort in Seychelles, made famous in 2011 as the honeymoon location of Prince William and his wife HRH the Duchess of Cambridge, Catherine. The island was recently revealed as the most expensive hotel in the world at an average cost of $6,695 per night.

The private island eco-tourism resort is accessible by helicopter and regularly patronized by the rich and famous.

The actress loved the helicopter ride, telling her fans on Instagram: “Had to take a helicopter to #northisland ... Such a rush and then we see our home away from home... Incredible... Perfect ending to an incredible honeymoon adventure.”

The couple stayed at Villia 11, which is perched on a rock away from the other ten villas on the island, ensuring complete privacy and luxury during their stay.

On Instagram, Union posted a picture of herself looking gorgeous in a white Greek-goddess style dress against the backdrop of a beach on North Island bathed in a purple and pink-hued sunset, saying “So long Seychelles!!! The last and final leg of our honeymoon adventure…”

The happy couple posed for another shot of themselves about to go in to dinner at the Wine Cellar on their last night on the island.

Union exchanged vows with Wade at the Chateau Artisan castle in Miami star, wearing two custom Dennis Basso gowns as Wade matched in a white tux. Both have been married before; Union was married to NFL player Chris Howard in 2001 and divorced four years later, while Wade has two sons, Zaire and Zion, from his previous marriage to his high school girlfriend Siohvaughn Funches, and another son Xavier, born in 2013 from a relationship with a longtime friend.