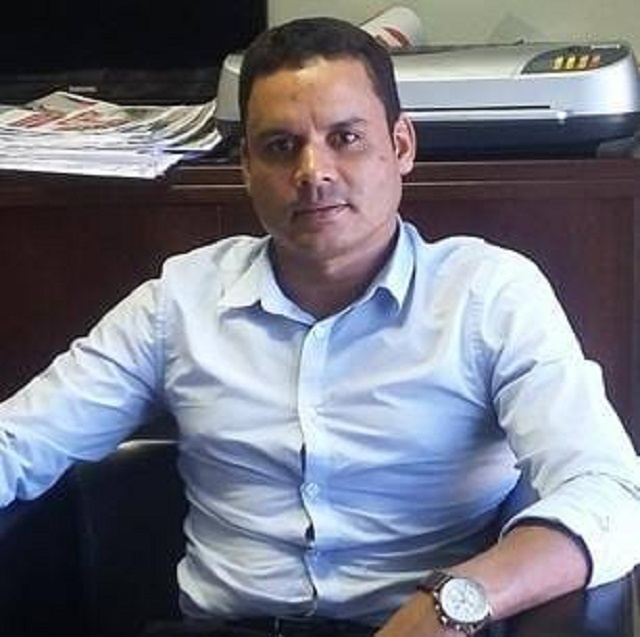 At the centre of this fight is Pierre Prosper, who has been on a quest for justice for himself and his fellow islanders who were forcedly removed from their islands over four decades ago, after the UK leased the main island, Diego Garcia, to the United States to use as a military base. (Pierre Prosper)

At the centre of this fight is Pierre Prosper, who has been on a quest for justice for himself and his fellow islanders who were forcedly removed from their islands over four decades ago, after the UK leased the main island, Diego Garcia, to the United States to use as a military base.

More than 200 residents were deported to Mahe, the main island of Seychelles - 115 islands in the western Indian Ocean - between 1967 and 1973 when the country was still a British colony.

SNA spoke with Prosper, who shared details about his childhood, his professional development and the passionate fight he is leading for the Chagossians in the hopes that they may one day return home.

SNA: Tell us a little bit about yourself, where were you born, your family, about your childhood in general?

PP: I was born in Peros Bhanos, in the Chagos Islands in June 1972. My parents are Seychellois and were on contractual employment with BIOT (British Indian Ocean Territory) on the Islands.  We returned to Seychelles in the last batch of expulsion from Peros Bhanos in late 1973. I do not remember the islands or life there. When we arrived in Seychelles my family stayed at relatives initially and later had our place. Our family had very little means.

I spend most of my time, apart from school, on the beach, fruit trees, roaming around in the woods, football, rock fishing. I loved school though and took studies seriously from an early age. I also developed a love for music very early on and later in life was a member of the Youngsters Band. I have a young daughter.

SNA: Tell us about the Chagos islands, what memories do have of the islands or what stories you have heard from the older generation?

PP: I left the Chagos when I was still baby, so I do not have any memory of the islands. I, however, grew up with life stories from my parents and my “gran moun”. The people on the islands loved their life, the simplicity, cleanliness, the food, the laid-back culture, the island life. I experienced a bit of that life when I was 9 years old and lived for one year on Silhouette. I remember the clear blue waters, fish everywhere, ladies de-husking copra in a shed by the beach, the Grand Kaz, a “moulin” run by a cow, the forgery, the “kalorifer”.  As a comparison, Chagossians were happy. Their story ended badly though.

SNA: When did you start to get involved with the committee?

PP: I started getting involved way back in the early 90s, just supporting the committee’s work. I felt part of the group. I was touched deeply then and still today, by the inhumane way the Chagossian was and are still being treated. I have been on the committee for at least 25 years. I have been elected as the chairperson in the past, but in those days the committee policy was to follow the lead of the Mauritian team, who had better funding and support to take up international legal cases.

SNA: What has been your successes of the committee during your tenure?

PP: On my re-election in 2015, I convinced the committee that we need to take a step up and be more aggressive in our work. That we need to influence legal, political and decision process. We needed to put the Seychelles diaspora on the international map. That is especially true as Seychelles and Mauritian groups followed a different trajectory after the deportation. Our agendas diverged partly.

So, on their blessing, we appointed an international legal team (Leigh Day London), initially lobbied our government for support. We received strong support from our government during those years.

We have a deeply consequential case, most people in Seychelles knows, have direct contact, are related or are neighbours to a Chagossian or a Chagossian family. Our government and any future government should pay heed to our fight, pronounce themselves and support us actively, especially with our case now receiving world attention. Our country should support just resolution to this deplorable violation of human dignity. Our country needs to be on the right side of history.

SNA: What can you say about the conditions of the Chagossians living in Seychelles?

PP: Those that left Chagos as an adult fared badly on arrival in Seychelles. They were not able to compete in the job market. The Chagos economy was mainly subsistence, plantation and even bartered for what they need. They also came to Seychelles with a variant to the Seychelles Creole, a different culture and lesser schooling in general. They were marginalised and struggled badly to survive. That generation is now older. They still reminisce about their previous life.

SNA: What is being done for the most vulnerable in the group?

PP: Our committee does not have funding for social support. We help mostly with administering any legal issues, passports, travel, contacts with support offices in Seychelles or anywhere else. We visit our community, for moral and courage support. We keep the fire alight.

We litigated for the support fund, which was primarily for the elders, needing specialist hospitalisation, medicals, housing and for those with dire need of basic support. The British government came back with the support fund, but with unacceptable terms. They want to define what they think needs which we fear will be minimal, create confusion, discord (divide) within our community and backfire against us and as leverage for them. We want everyone to be treated fairly. Needs vary, depending on individual families. So up to now, we have not reached a consensus as to how the money should be spent. This is an ongoing negotiation with them.

SNA: How does the group work with Chagossians in Mauritius and UK?

PP: We maintain contact with the different groups, especially with the Seychelles Chagossians community in the UK, to which we have the same aligned strategies. We share the same history since deportation.  However, there are agenda differences with the main Mauritian Chagossians Committee and follow fundamentally individual paths, especially now with the Mauritian government’s strong interest in the Chagos. We, however, maintain contact, we share the same hurt, we all want our islands back, and we all want redemption.

SNA: Are you preparing the Chagossians to go back to your islands?

PP: A lot of work will need to be done before any settlement. A legal, political agreement with Mauritius (if they win sovereignty) and our constitution. The Seychelles Chagossian community wants political autonomy, while with Mauritius remaining as the parent state. A Rodrigues Plus model; border control, immigration, investments, our legislature, elected officials, legal system. We do not want to be diluted as an average Mauritian. We do not want our community to lose out over negotiations between the two power states.

That is exactly what happened in 1967 when Mauritius agreed to Independence but left the Chagossians at the mercy of the UK government. There is no reason why we will not see a repeat of this, this time around.  The British government must agree to include, in any sovereignty transfer document, for Mauritius to agree to the Chagossian' aspirations, self-governance and complete control over the territory. We pay a “tax” to Mauritius on our returns. So, a political structure agreement with stakeholder States and regional partners.

A constitution, an elected Chagossian political system, legal structure, public servants and services, basic infrastructures, an economic model and bring in investments.  Those are just simplified thoughts the work will be very complex, in practicality. I foresee the biggest difficulty will be agreeing on autonomy with the Mauritian government and cohesion within our communities. The latter however is doable. I believe Chagossians can work together for our common good.

SNA: What is your vision for your people?

PP: Not all Chagossians will want to re-settle, but all Chagossians must have claimable rights to gains from the islands under Chagossian leadership. Support from regional states (like Seychelles for such an agenda).  We have the final say on every and all issues, agreements, legal, negotiations, but under a Mauritian flag (as affirmed by the UN).

We only owe the Mauritian government a structured, reasonable revenue from those gains. Our dignity as a people is restored in the international community.

SNA: A message for the younger generation especially if the possibility arises for resettlement?

PP: The Chagos archipelago as a territory, is priceless. You have a claim to a priceless “jewel” in the middle of the Indian Ocean. If you do not fight for it, someone else will grab it at the first opportunity they get from you. Our elders are dying off. There is an urgency to this work, a resolution that will see them take their last breath in peace and with a sense of redemption. We need your help.

If the Chagos Islands were not de-populated, the Indian Ocean would now have one more island State with its own culture, creole dialect and food. We would probably be participating in the Indian Games. I love history, culture and dynamics of “population” evolution.  It took about 200 years for the Chagos culture to evolve, up to the 1970s but was disintegrated in a few very short years. You should be part of righting this wrong.

Editor's Note: This interview has been edited for brevity.