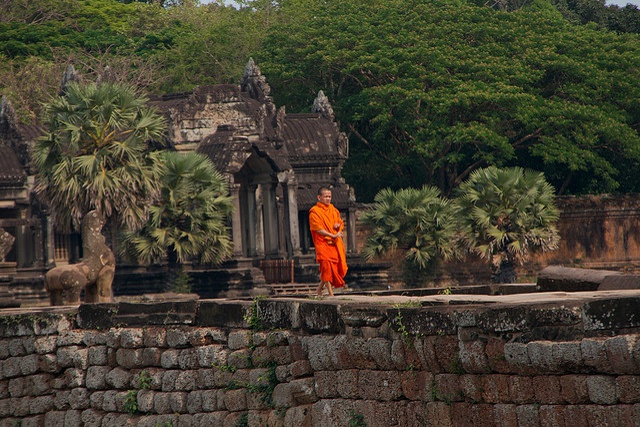 Angkor Wat a temple complex at Angkor, Cambodia, built in the early 12th century. It has become a symbol of Cambodia, appearing on its national flag, and it is the country's prime attraction for visitors (Christian Haugen/Flickr) Taken on April 2, 2009.

(Seychelles News Agency) - Plans to establish air links between Seychelles and the Asian nation of Cambodia are being finalised following the signing of a memorandum of understanding and air service agreement between the two sides.

In a press statement issued this afternoon, the SCAA, said today’s signing follows further negotiations held in Seychelles between officials from the Cambodian Aeronautical Services and that of the Seychelles Civil Aviation Authority

“The conclusion of this new agreement is proof of Seychelles continued determination in its attempt to open up Seychelles International Airport to the rest of the world, making air services operation possible through a set of legal framework with flexible provisions for charters as well as airline operations for the future,” said SCAA’s General Manager of Operations, Wilfred Fock Tave in the statement.

The country has been recovering in recent years, with the World Bank projecting an economic growth of 7.4 percent in 2014, which is attributed to “the acceleration of garment exports and continued growth in tourism.”

In the press statement issued by SCAA, the Seychelles Minister for Home Affairs and Transport, Joel Morgan said Seychelles is keen to deepen ties with Cambodia, citing air services, tourism, agriculture, trade and investment amongst areas of cooperation that can be developed between the two countries.

“Cambodia is a worthy addition to our list of prospective future destination for Seychelles as it entices the travelling public, including the business community, traders, as well as tourism partners to discover this enigmatic country and to assess what opportunities exist for exploitation,” said Morgan.

Seychelles and Cambodia enjoy friendly relations since 1980 and in 2012 signed a visa waiver agreement which followed the signing of an Economic and Technical Cooperation Agreement (ETCA) in 2010.

The SCAA statement said that a high level delegation will be visiting Cambodia next month to finalise the details of the air services agreement and discuss other bilateral issues.