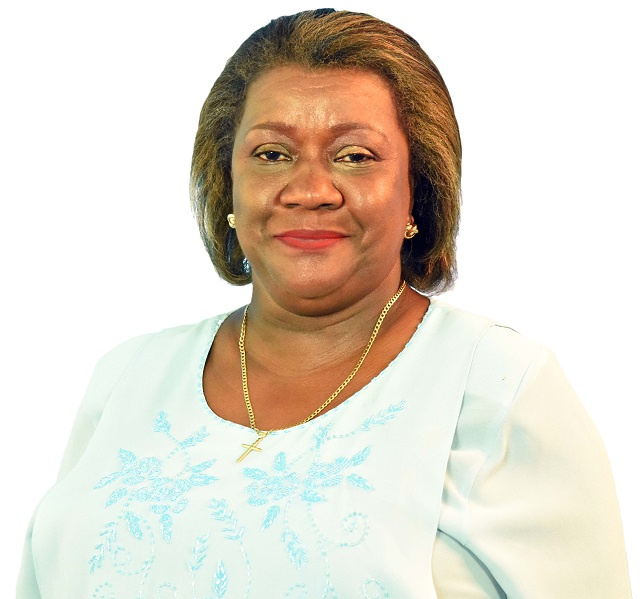 Esparon is seeking another mandate as the Member of the National Assembly for Glacis district. (Linyon Demokratik Seselwa)

(Seychelles News Agency) - Regina Esparon of the Linyon Demokratik Seselwa (LDS) is seeking a third mandate as an elected Member of the National Assembly for her northern Mahe district of Glacis.

Alcindor, 55, first entered the National Assembly, as a proportionally elected member in 2001 and became the first woman in opposition after the return of multiparty politics to be elected in legislative elections in 2002.

SNA met with Alcindor to find out more about her wish to have another mandate.

SNA: You first entered the National Assembly as a proportionally elected member and later you were elected as the MNA for Glacis. What was it like?

RE: My first time in the National Assembly, I replaced Honorable Jean Francois Ferrari as part of our party's rotation programme which gave us a chance to initiate into parliamentary life. I was the only woman in the opposition team and one of the three members of my party.

Even if there were other women parliamentarians from the SPPF (Seychelles People's Progressive Front) side, they did not go out of their way to make my life easy. In fact, they ridiculed me often and were generally unfriendly. When I was elected, although I had more space to manoeuvre, I was still an opposition MNA and met with a lot of resistance from the government whenever I tried to push for matters related to my constituency.

SNA: Why did you enter politics?

RE: It was the time leading up to the return of multiparty politics and I was taking an interest in developments in the country. At the same time, I felt that I was not being treated fairly in my career. I had chosen to be a nurse and was doing community nursing. Despite good appraisals from my superiors, I was always passed over for promotion. It came to a point that I felt it was some form of victimization, so after 15 years as a nurse, I changed career paths.

I resigned and went into politics. I joined Parti Seselwa at the time and worked in its administration. Also after attending meetings of the nascent opposition, I felt that I could dedicate myself to be a voice for the voiceless as in those days, the element of fear was very tangible in our society and people were afraid to speak up. I wanted to bring forward the plight of those who were suffering quietly in silence.

SNA: Was it easy being a woman in politics at the time?

RE: To be honest, no it wasn't, because I still had to balance my personal life as a wife and mother to three children and the political work but within our party, I got a lot of support from my colleagues and my family.

SNA: As a woman, what issues did you bring to the table?

RE: Since the day I joined the National Assembly to date, my thrust has always been to bring issues relating to the social aspect of our society to the forefront. I have been pushing for better service to single mothers and the family structure, drawing attention to the needs of the unskilled woman, the youths who are being led astray and end up in illegal substance abuse. These issues which are challenging our social fabric have always been the ones which I hold dear and give my best to bring about some alleviation and improvement. Whether it be in my reply to the State of the Nation Address, the budget speech deliberations, or motions, I have kept emphasising on these.

SNA: Was there a women's committee in the National Assembly and were you a member?

RE: Yes since the return to multiparty politics, there has always been such a committee and whenever I have been an MNA I have been a member of this committee.

The committee includes all women MNAs so it is a forum where we can harmoniously discuss the issues which affect our constituencies from the point of view of a woman. From our discussions, we support many groups and sectors such as child protection services. We organise visits to institutions like the orphanages and we take these issues further either through National Assembly motions or question time, or, through my work on the different women's committee in our regional organisations.

SNA: What other organisations are you a member and what do you think you have achieved through them?

RE: The National Assembly is a member of the Southern African Development Community Parliamentary Forum. As an MNA I am automatically a member. SADC PF has its woman's committee the Regional Women's Parliamentary Association of which I form part. I am also part of the Gender, Equality, Women's Advancement and Youth Development Committee and the Women's Committee of the Pan African Parliament of the African Union.  In these bodies, we discuss the various issues which affect women's development in our respective countries and we put forward suggestion through resolutions.

Through the motions, we put there has been the creation of model laws which directly impact our communities. For example, when the SADC PF was held here a couple of years ago, we came out with laws affecting the girl child, like the one which makes it mandatory in SADC to provide girls with free sanitary towels. In Seychelles, we have implemented the model law against child marriages and in our recent revision of the Civil Code, we have amended the age to marry to make it 18 years old. So yes, there is definitely some success and impact on our countries.

SNA: Do you feel there are enough women in politics?

RE: Definitely not. In fact in the SADC-PF Regional Women's Parliamentary Association we are pushing to have a 50-50 percent of women and men's representation across all sectors of society, be it in decision making, in parliaments or on the work market.

As women, we bring something special to the table as we have this nurturing aspect and this is why we are more sensitive to the issues which impact families. I sincerely believe that a happy family translate in a happy nation.

SNA: So what would you lie to see ultimately as a woman in politics?

RE: I want more women to come forward and for other women to vote for us. We cannot have 50 percent female MNAs if we don't vote for them and most of the time it is women who do not support each and who do not cast their vote in favour of another woman.

So my message to the other women out there is to come forward. We have a lot to contribute and we can make a real difference and to the others, well, give us your support enable us to work better for you.