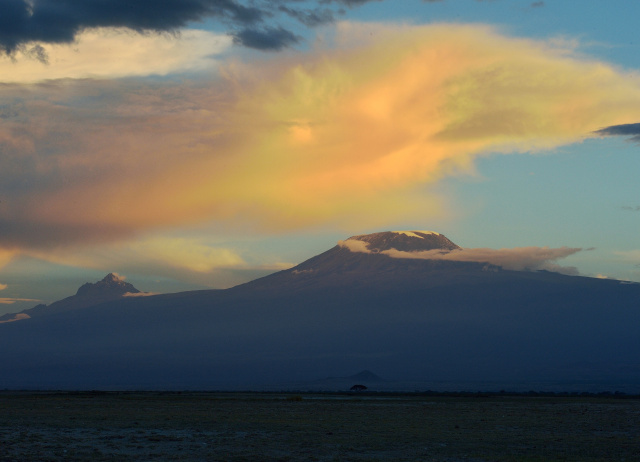 (AFP) - Tanzania has deployed 500 firefighters to fight an inferno on the slopes of Africa’s highest mountain Kilimanjaro which was under control on its third day, the national parks authority said Wednesday.

The fire was spotted on Sunday afternoon at the Whona area, a rest centre for climbers using Mandara and Horombo, two of the several routes up the mountain which rises 5,895 metres (nearly 20,000 feet) above sea level.

"To a large extent, the fire is now under control, especially in vulnerable areas in which it could easily spread," Tanzania National Parks Authority (TANAPA) spokesman Paschal Shelutete said.

"We have also taken all necessary precautions to ensure that all visitors and their equipment are not affected," he said.

"I hope we will completely contain the fire in the evening or by tomorrow," he added.

Hundreds of volunteers, residents and students were mobilised to fight the fire.

The flames could be seen from the nearby town of Moshi.

Preliminary investigations indicate that the fire was caused by porters accompanying mountaineers.

Africa » Be a reporter: Write and send your article » Subscribe for news alert
Tags: Tanzania, Kilimanjaro