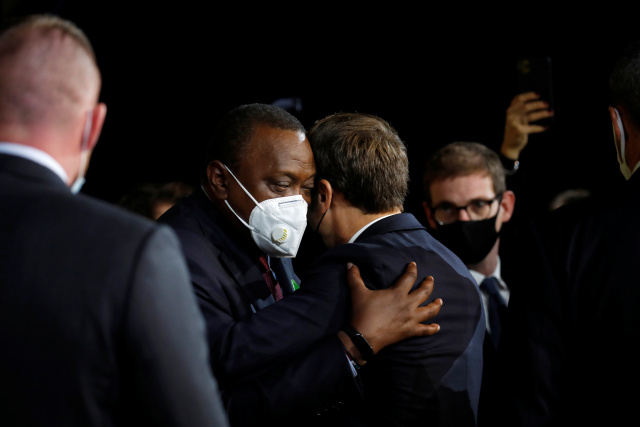 (AFP) - A Kenyan taskforce Wednesday unveiled recommendations for constitutional reform, including creating a position of prime minister, to ease political violence, even as tensions mount ahead of the 2022 election.

In a long-awaited report handed to President Uhuru Kenyatta and his rival-turned-ally Raila Odinga, the taskforce outlined the results of two years of consultations about ways to bolster national unity and safeguard against the violence and division that has marred past elections.

The final recommendations of the Building Bridges Initiative (BBI) report -- a draft was released in late 2019 -- were the fruit of a surprise truce between Kenyatta and Odinga, but opposed by deputy president William Ruto, who finds himself increasingly marginalised.

The BBI has raised suspicions that Kenyatta and Odinga are laying the groundwork for an alliance at the next election.

In addition to broad proposals for improving fairness in the electoral system, the taskforce advised the creation of the new position of prime minister as well as two deputies.

It also urged the formal designation of the runner-up in the presidential race as opposition leader.

The prime minister would be chosen by the president from among the majority party members in the national assembly and would "coordinate and supervise" the functions of government, the report said.

Kenyatta cannot run for a third term in 2022, and his pursuit of these reforms with Odinga, a four-time presidential contender, has spurred rumours the pair may be seeking to share power under this proposed arrangement.

Kenyatta dismissed the speculation at an event in Kisii, in western Kenya, where he took possession of the report alongside Odinga who described the rumours as "propaganda".

"This is not the time to create division. This is a time for each and every one of us to show leadership."

The proposals would require changes to the existing constitution, which came into effect in 2010 following an election three years earlier that sparked politically motivated ethnic violence that claimed more than 1,100 lives.

Kenyatta hinted that any constitutional amendments would need to be approved by a referendum, though observers have suggested the timetable for such a process would be tight before 2022.

The ceremony proceeded Wednesday without Ruto, who was promised the presidential candidacy in 2022 after serving as running mate in the last two elections, but has found himself on the outs since Kenyatta and Odinga's "handshake" in 2018 forged a new alliance.