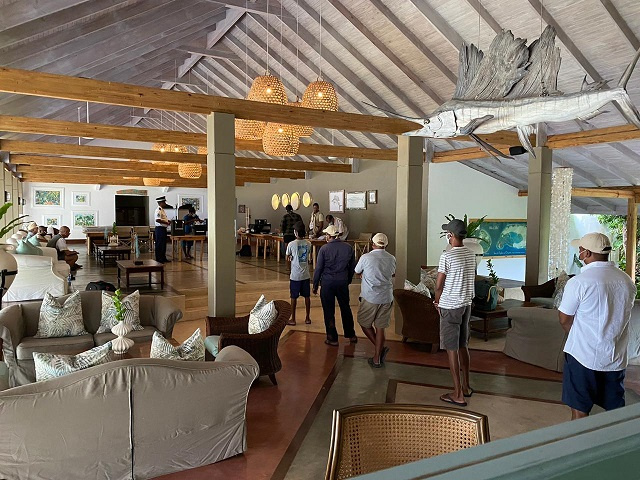 Three different groups of electoral officers from the main island of Mahe flew to these islands for the exercise. They were accompanied by representatives of the political parties contesting the elections as well as by elections observers.

One voter at a special station on the island of Alphonse, Daniel Cupidon, told SNA that the process went quicker than he had anticipated, less than an hour. "It is the fifth time that I am voting on Alphonse," said Cupidon, who has been working with the Alphonse Resort for over 20 years.

One staff member said that voting took place about an hour earlier than had been planned, soon after the delegation arrived on the island. Three persons could note vote as their names did not appear on the voter's register, including two who hadn't registered. Both expressed their wish that elections on the three main islands in Seychelles are held peacefully.

The second day of elections, Friday, voting will take place on Astove, Assomption, Aldabra, Ile aux Vache, Denis and Fregate islands and at special stations on the main island of Mahe.

The main voting day will be on Saturday when voters will cast their ballots in the three most populated islands of Seychelles, Mahe, Praslin and La Digue from 7 a.m to 7 p.m.

Three men are vying for president in the elections: Wavel Ramkalawan from the Linyon Demokratik Seselwa (LDS), Danny Faure, the incumbent president of United Seychelles (US) and Alain St Ange of One Seychelles.